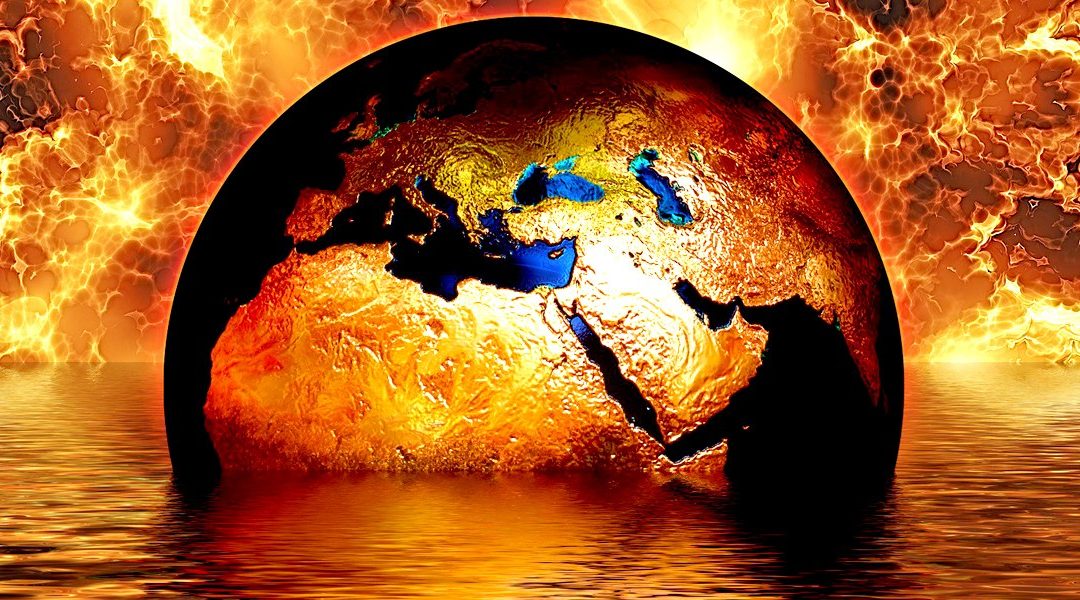 Our planet’s systems have a tremendous capacity to absorb punishment before they begin to show signs of degradation. Earth’s ecology self-heals like a cut on a finger. It assimilates pollution by chemical, physical and biological means—it changes pollutants into non-hazardous materials and proceeds upon its merry way as if there had been no pollution at all. Up to a point.

Acid rain is an excellent example of how our planet can self-heal. By the late 1960s, the U.S. was emitting so many sulfate and nitrate pollutants (smog) from burning fossil fuels, that sulfuric acid washed from the sky was killing forests and lakes. President Richard Nixon’s Clean Air Act stopped about half of the sulfur from going into our atmosphere. This was enough to allow nature to take over again and our forests and lakes began to heal.

That same sulfur pollution that caused all the acid rain in the ’60s and ’70s is a global cooling pollutant that hides warming. With grossly increasing smog in Asia since about the turn of the century, the results have been that 30 percent of warming that should have occurred has been masked or covered up by global cooling sulfate smog.

It’s also a very common misconception that some of the warming is natural. However, until about 100 years ago, our climate was cooling. The planet cooled about 5 degrees F in polar regions near Greenland (half or less globally) over the last 6,000 years. This research comes from mini-icecaps on Baffin Island where easily dateable rooted plants were revealed from melt. In the last 100 years, the temperature on Baffin has warmed about 7 degrees Fahrenheit; 2 degrees warmer than at any time in the last 120,000 years. Most of this warming has occurred since the 1950s.

The extremes we are experiencing now (temperature, rainfall, drought, etc.) will not increase at the same rate as the average temperature. The physics of thermodynamics say extremes will increase nonlinearly. Earth has lost its ability to buffer the warming. As we replace coal with non-fossil fuel alternatives, masking of warming by global cooling pollutants will also disappear, compounding the nonlinear rate of increasing extremes.

We live on a very complicated and dangerous planet that is worthy of great respect and awe. The past year’s advances in climate science should urge us to put that respect and awe into practice, taking definitive action against global warming.

The American Meteorological Society’s latest report on weather extremes tells us: “Without exception, all the heat-related events studied in this year’s report were found to have been made more intense or likely due to human-induced climate change and this was discernible even for those events strongly influenced by the 2015 El Niño.”

President Obama’s Clean Power Plan (CPP), which is the first policy to set a national limit on power plant-generated CO2 pollution, was one of the major developments of 2015. The CPP is almost identical to the U.S. Kyoto Protocol commitment (created in the mid-1990s) of reducing CO2 emissions but the CPP is 18 years behind Kyoto. In other words, the new regulations are no different than they were a generation ago and we have emitted almost as much additional carbon dioxide during the delay. Implementation of the CPP began in June 2015, six years after carbon dioxide was successfully declared a pollutant by the U.S. Environmental Protection Agency (EPA). In February 2016 however, the U.S. Supreme Court ordered the CCP back to Federal Appeals Court to determine if it is legal or not. This is the first time that the U.S. Supreme Court has ever blocked an EPA rule.

The U.S. climate commitment at Paris, 80 percent CO2 emissions reductions by 2050, is 30 percent less than and 30 years behind Kyoto Phase 2, which was supposed to be implemented by 2020. President-elect Trump has threatened to back out of the Paris Agreement and he will also have final say over the CPP when it returns from court. After over 20 years of trying, we remain without meaningful climate pollution regulations, even though the US is the single country that has unarguably emitted a third of all CO2 ever emitted—three times more than China. It is also very important to note that the U.S. is the only country in the world that did not ratify the Kyoto Protocol.

Work from the Sierra Nevada Research Institute by Anthony Westerling reveals the western U.S. wildfire season has increased by more than 60 percent since the 1970s, from 138 days to 222 days, because of earlier onset of spring. The average burn time has increased nearly 800 percent, from six days to 52 days, because of deeper drying from early snowmelt. Burned area increased an astonishing 12 times (1,271 percent). Human-caused ignition has played a very small role in increasing wildfire trends. Westerling also notes: “Given projections for further drying within the region due to human-induced warming, this study underlines the potential for further increases in wildfire activity.”

Work from the University of Idaho and Lamont-Doherty Earth Observatory led by John Abatzoglou revealed that most of the increase in wildfire across the American West has happened since about 2000 and beetle killed trees are not factored into the trends (40 million acres across the US West has been killed by native beetles since 2000). Abatzoglou said that in 20 to 30 years, so much of the forest will have burned that the annual burn rate will begin to fall even with continued warming, because there will be too little forest left to burn.

4. The Amazon Continues to Emit More Carbon Than it Absorbs

It began in 2005 with a 100-year drought. Then in 2010, there was another, more extreme drought. Billions of trees were killed. As a result, the Amazon is no longer absorbing CO2. Instead, it is emitting it to the tune of 257 megatons annually—more than half of Brazil’s annual emissions. The most recent and extensive study of this topic, from 56 researchers at the University of Exeter in the UK, led by Ted Feldpausch, showed the decreasing sequestration was not from drought kill alone, but drought stress induced by higher temperatures was also responsible.

In 2010, I spoke with Leeds University researcher Simon Lewis who performed some of the first work on Amazonia after the 2010 drought. He said billions of trees were killed in the two droughts, and that for all of the trees to decay will take a relatively short 29 years in the rain forest. Lewis continued, “Two droughts like this in one decade will not completely offset the sink within that decade, but three in a decade may.” Considering the newer work by Feldpausch shows the flip has already occurred, it’s clear that—as so often happens with climate science—the deeper we look, the more extensive the damage really is.

5. A Large Increase in Methane Emissions

Methane is more than 100 times more powerful of a greenhouse gas than CO2 in the 20-year short term time frame where abrupt changes pose the most risk. Research from Harvard and Lawrence Berkeley National Labs reports that U.S. methane emissions have increased by more than 30 percent over the 2002–2014 period. The increase is greatest in the central part of the country, but no individual source was as yet discernable and was not readily attributable to any speciﬁc source type. These researchers say the emissions…