6 Communities Where Nestlé Bottled Water Plans Are Under Fire 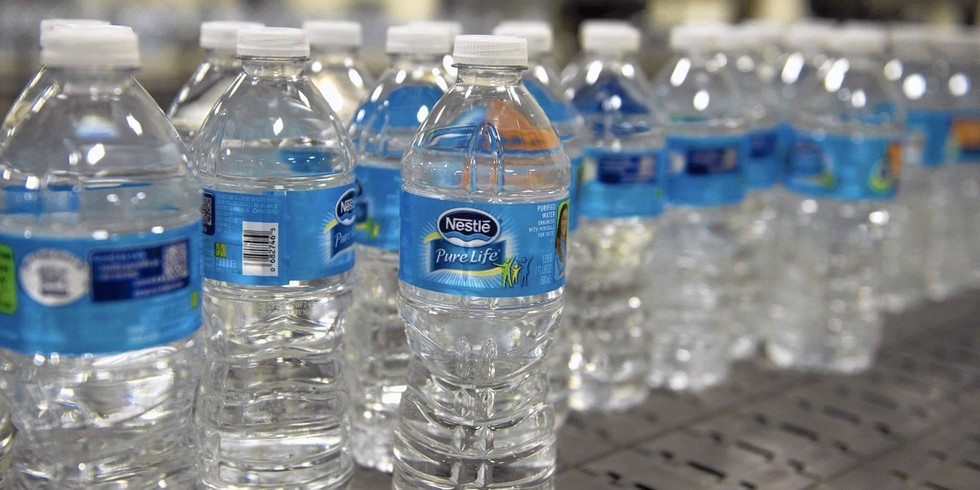 With much of North America still in the grips of a drought going back years, managing dwindling drinking water resources is a pressing topic. And in a year when bottled water sales in the U.S. are expected to exceed soda sales for the first time, Nestlé Waters—a water-for-profit poster child that dominates the bottled water industry, with multiple operations across the U.S. and Canada—is at the front lines of numerous battles being waged in local communities across North America.

In recent years, a number of Nestlé’s plants have come under heightened scrutiny for all sorts of environmental and legal reasons, like the matter of where all the waste plastic ends up. Plastic bottles are one of the biggest sources of trash in national parks, and parks that have enacted bans have seen a significant reduction in their total waste stream. All the while, water companies like Nestlé have been currying political favors through donations to successfully push back against a wholesale federal ban on the sale of bottled water in national parks.

For Ileene Anderson, a senior scientist at the Center for Biological Diversity, an environmental nonprofit based in Tucson, the privatization of water resources is a cause for great concern, “especially the amount of profit in this bottled water phenomenon,” she said. “They’re basically just taking tap water, putting it into bottles and charging us a lot of money for it. Whereas really, it should be available for all humans to use.”

According to some estimates, customers nationwide end up paying between 300 to 2,000 times more for bottled water than for tap water.

Here’s a look at six places in the U.S. and Canada where Nestlé’s bottled water plans are under fire.

A nearly decade-long struggle by campaigners against Nestlé’s bottled water operations in Ontario has reached a watershed, with the Ontario Ministry of Environment and Climate Change recently announcing a two-year moratorium on new water-taking permits, which includes the bottled water sector.

This means that—pending new permitting regulations—Nestlé can still operate under its expired permit in Aberfoyle and draw some 3.6 million liters of water per day from an aquifer that is soon expected to additionally support the nearby City of Guelph. Water levels in the aquifer are reported to have dropped in recent years.

Nestlé’s water-taking permit is also up for renewal next year in Hillsburgh, where the company is allowed to draw about 1.1 million liters of water per day. Again, as a result of the moratorium, the company is unable to perform vital pump tests at a well recently acquired in Centre Wellington.

“These permits are located in highly water stressed areas,” said Mike Nagy, chair of Wellington Water Watchers, an environmental nonprofit in Guelph. Nagy said that proposed regulations require water-taking permits to prove and factor-in a variety of considerations, including their benefit for future generations, their accumulative impacts, as well as the effects from population growth and climate change.

“Nestlé likes to argue that it only takes a small percentage from the watershed, but that’s a smokescreen,” said Nagy. “What they’re actually doing is taking a lot of water from very small areas. In Aberfoyle, for example, they’re very big users.”

While Nestlé’s critics have made headway in Ontario, campaigners in Southern California have hit a wall. Last year, a Desert Sun investigation revealed how Nestlé had been drawing water from Strawberry Creek, in the San Bernardino Mountains, using a permit that had expired 28 years prior.

Nestlé Can Keep Piping Water Out of Drought-Stricken California Despite Permit Expiring in 1988 via @EcoWatch https://t.co/0igYxJX94h

A group of environmental organizations subsequently filed a lawsuit arguing that the Forest Service had, for the duration of Nestlé’s expired permit, illegally allowed Nestlé to pipe water from the creek for miles over National Forest land. Last year alone, Nestlé drew some 36 million gallons of water from Strawberry Creek, paying just $524 a year for the permit. But this past September, a federal judge ruled in favor of the Forest Service.

All the while, Strawberry Creek, a perennial waterway, has been running dry, said Eddie Kurtz, executive director of the Courage Campaign, a California-based progressive grassroots advocacy group. “It’s way below what it needs to be to…