A pop of color: These Staten Island plants stay green in winter 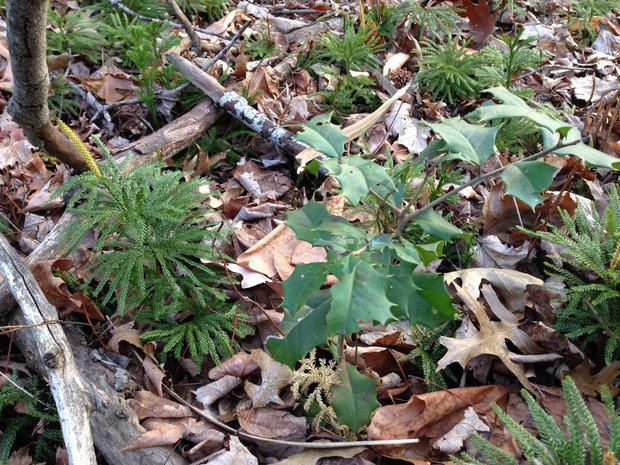 There’s an obvious reason that conifers are commonly known as evergreens — these trees are well adapted to staying somewhat active even when the temperatures drop below freezing. The needle-like leaves of the evergreens and deep taproots are two of the main reasons for their cold climate success.

The thin needles have less surface area so they don’t lose water as quickly as broad-leaf plants. In addition, conifer needles also have a thick layer of wax known as the cutin, which further helps to conserve water and keep the needles from freezing. The main root of a conifer grows deep into the ground below it. This allows the root to take in unfrozen water below the frost line.

Although conifers such as red spruce, hemlock and pitch pine were once native to Staten Island, there are few wild specimens left today. Most conifers found here now are non-native ornamental species that have been planted here for their decorative value, or once native species planted for reforestation of natural areas.

Besides the conifers, there are a few broad-leaved plants that add small bits of greenery to our winter woodlands.

The best known of these are the wintergreens. There are three local plants that are known as wintergreen. Only one of them, though, produces the chemical known as methyl salicylate, which has the flavor we know as wintergreen. This is the true American wintergreen, which is the rarest on Staten Island. The glossy leaves are small and leathery and alternate on the sides of the short stems giving them a whorled appearance. Large red berries almost a half inch in diameter are produced in the fall and may stay on the…