A scientific treasure hunt to find — and save — nature’s ‘capital’ 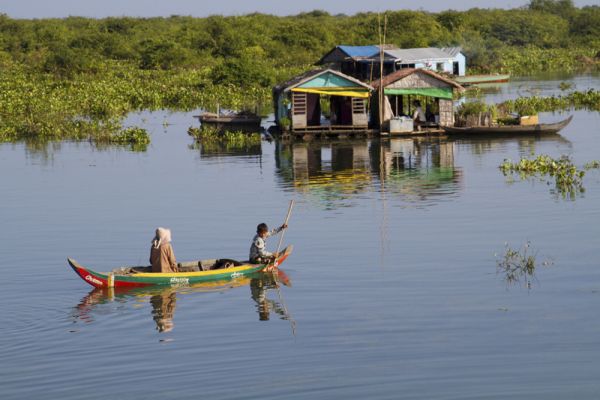 At Conservation International (CI), we like to say, “People need nature to thrive.” But behind that statement are countless questions revealing a more complicated reality: Where is the nature that people need? Which places are most important to protect? And how much can we chip away at various ecosystems before their value is compromised?

Take Cambodia, one of the poorest countries in Asia. The nation’s 15 million residents are directly dependent on nature for fish to eat, drinking water and meeting other basic needs. As the Cambodian government strives to develop the country’s economy and improve the lives of its people, it must balance development with the need to maintain the lifeline that nature provides for people.

If nature is not adequately protected, human well-being will ultimately decline. Figuring out which places and resources are most critical to conserve is the first step.

To help countries meet this challenge, a team of scientists at CI has developed a framework for mapping essential “natural capital” — the biodiversity and ecosystems that support human well-being. Cambodia was one of the first places we tested it out.

How do we map nature’s worth?

Here’s how it works.

First we hold a workshop with local experts and ask them: How exactly do people depend on nature in your region? Where do they get their food, drinking water and energy? What are their primary livelihoods? What are the most important “ecosystem services” — the goods and benefits provided by nature? Which ecosystems are most important for providing them?

CI’s strategy focuses on several key types of natural capital — components of nature that are important everywhere on Earth. These include areas that are essential for:

For example, Cambodia contains populations of unique, highly threatened species such as pangolins. Its forests contain stocks of carbon that, if conserved, help to reduce global climate change. Its forests and wetlands filter and regulate flows of fresh water, providing clean water for households, fisheries and rice agriculture that support millions of people. Its Tonle Sap Lake — the world’s fourth-largest inland fishery — provides the main source of protein for one-third of the country’s population.

Once we’ve identified these specific benefits from nature, our next step is to collect existing data. These can include maps of biodiversity priority areas, land cover, climate change models or other data on species and ecosystems. We also collect socioeconomic data on human populations and use of natural resources, such as household demand for water, fish, fuelwood or other products. Next, we conduct spatial analyses to link these data together using tools such as geographic information systems (GIS) and WaterWorld, a freshwater ecosystem services modeling tool.

To analyze the importance of ecosystems, we assess the magnitude of the benefits provided (measured in tons of carbon, cubic feet of fresh water, number of threatened species or other relevant units), the number of people who benefit, or other criteria. If an ecosystem scores above a certain threshold, it’s identified as “essential” natural capital.

Using this method, we were able to map which areas of Cambodia are…