After criticism, police cover at Poes Garden scaled down, private guards in 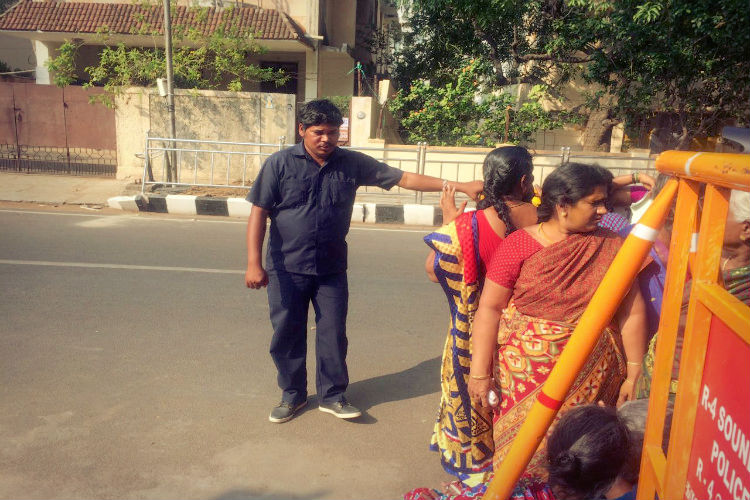 The decision to scale down police forces at Poes Garden comes after MK Stalin had demanded their withdrawal.

But there was one crucial difference: the number of police officers on the roads had considerably reduced. Instead, private security guards in dark blue uniforms were seen at some places.

A police officer on the spot told TNM that the number of police personnel at Poes Garden had been scaled down from Monday.

A private security guard told TNM that on Monday 30 guards would provide security. “There are thirty of us. But we will work in two shifts, 15 in the morning and 15 later.”

When Jayalalithaa was residing at…