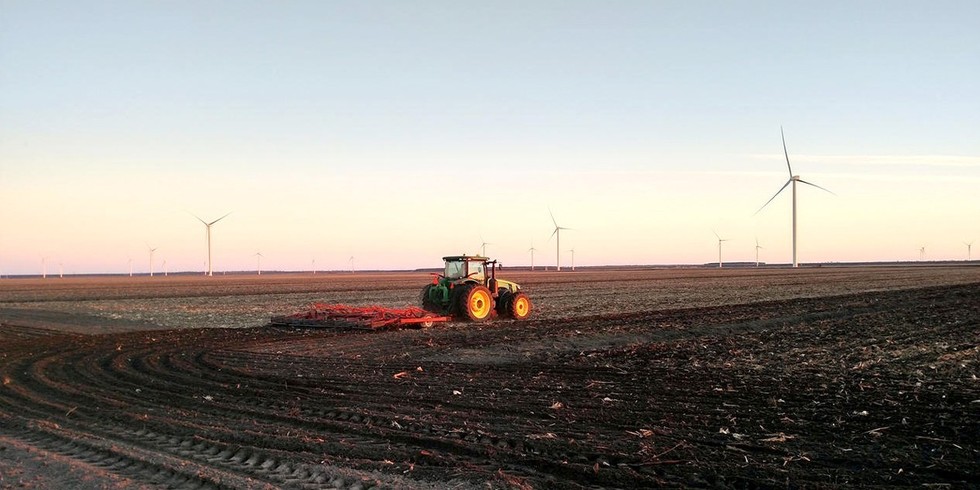 Before the ball drops on New Year’s Eve, 104 wind turbines scattered across 22,000 acres of farmland near Elizabeth City, North Carolina, will begin churning out electricity. It will be the South’s first large-scale wind farm. At 208 megawatts, Avangrid’s facility has the capacity to capture enough of the sky’s kinetic energy to power 61,000 homes. But instead of homes, this electricity will run data centers for Amazon Web Services, a subsidiary of Amazon.com.

Wind generates about 5 percent of U.S. electricity, but that figure is steadily rising. In fact, at 41 percent, wind power was the largest source of new electricity production in 2015. None of that, however, came out of the Southeast. The region imports 3.8 gigawatts of wind energy from the Midwest (enough to power 10 million homes for as little as 1.8 cents per kilowatt-hour), but wind farms themselves, similar to solar, have almost no penetration here.

“Wind is so new in the Southeast; I think there has been a fear of the unknown,” said Katharine Kollins, president of Southeastern Wind Coalition. “Having the Avangrid project up and running will be important for people to see wind farms firsthand and up close.”

Except for the occasional hurricane, the South isn’t known to be particularly windy—at least not compared with Plains states like Iowa, where the wind accounts for nearly a third of total electricity generation. But great potential exists in this void and with new turbine technology, some southern states are getting ready to tap into it.

“The biggest change in the industry has been turbine advancements,” said Simon Mahan, director of the Southern Wind Energy Association, an industry organization. Taller turbines, like those at Avangrid’s Amazon Wind Farm, can reach higher, stronger winds, and longer blades are able to harness gentler breezes. “This is opening the South as the next frontier for wind energy,” Mahan noted.

Indeed, wind turbines have gone through a growth spurt. Since the 1990s, hub height has risen from 45 to 300 feet, which is as tall as the Statue of Liberty. And blades now extend more than 180 feet in length.

In addition to technology, improvements in energy policy, such as