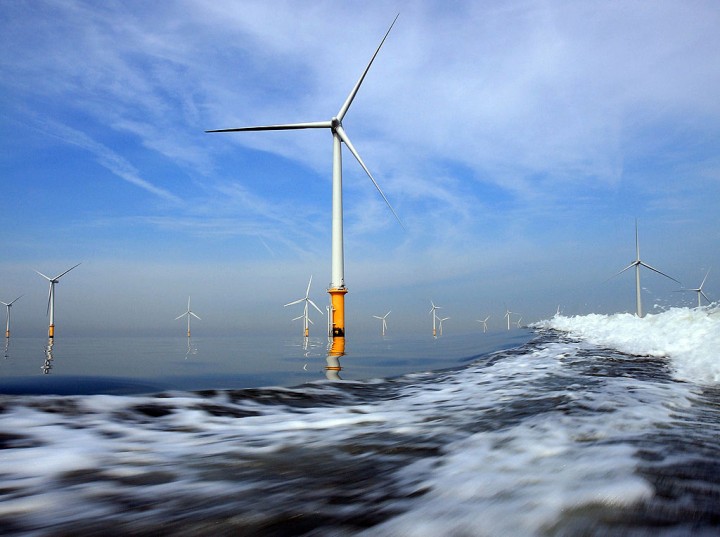 Pictured is the Burbo Bank Offshore Wind Farm that comprises 25 wind turbines and is situated on the Burbo Flats in Liverpool Bay at the entrance to the River Mersey. The wind farm is capable of generating up to 90 MW (megawatts) of clean, environmentally sustainable electricity. This is enough power for approximately 80,000 homes.
(Photo : Christopher Furlong/Getty Images)

Known as the Block Island Wind Farm, the first U.S. offshore wind farm off the coast of Rhode Island has finally been opened. A total of five gigantic turbines larger than the Statue of Liberty were built and expected to power more than 17,000 homes on the island. According to reports, the farm started to generate energy on Monday and has delivered power to countless homes around the grid since then.

Though only consisting of five turbines, the farm is expected to provide more than 90 percent of the energy requirements of…