Before and after: In four short years, new forest takes root 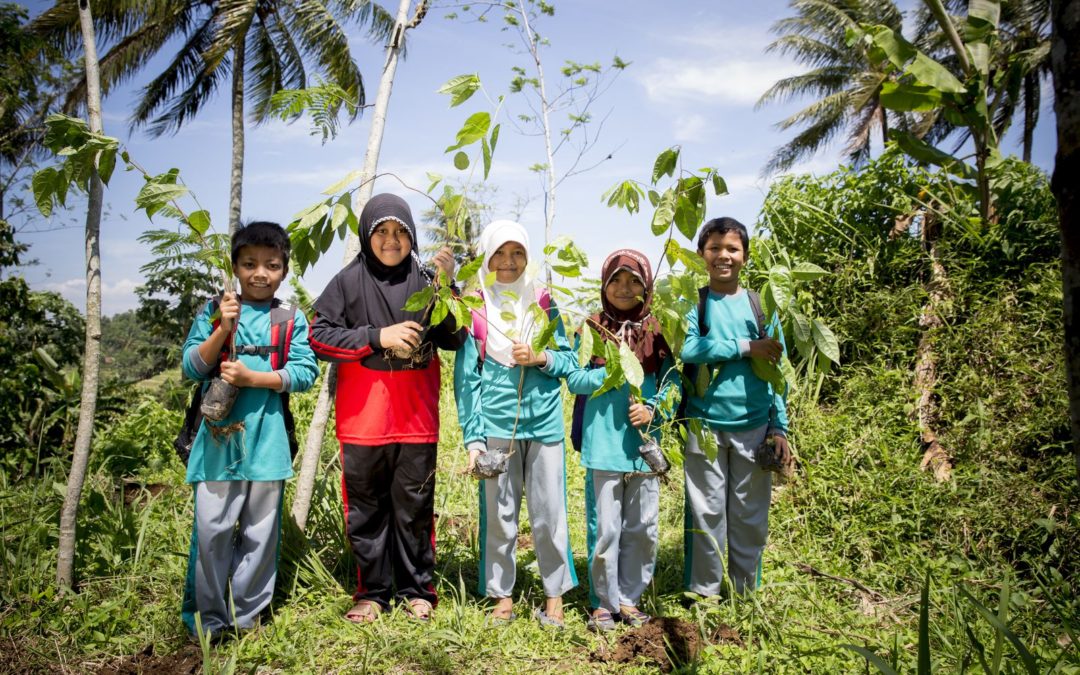 As a freelance photographer, I’ve shot everything from Tibetan wheat farmers to reproductive health clinics in the jungles of the Democratic Republic of Congo. I’ve become skilled at capturing a “day in the life” of many of my subjects, but it’s rare that I get the chance to go back and discover what happened to them after I caught them on film.

In 2012, I spent two days on my first Conservation International (CI) assignment, photographing the Green Wall project in the Gunung Gede-Pangrango National Park, about two hours’ drive from the Indonesian capital, Jakarta. When I returned four years later for another assignment, I was struck by what had changed — and what had stayed the same.

Decades of deforestation fueled by logging and agricultural expansion has shrunk Indonesia’s forests to a fraction of their former size; in recent years Indonesia overtook Brazil as the country with the world’s highest deforestation rate.

CI started the Green Wall reforestation project in 2008 to protect the water reservoir that sustains local communities and rare species — and provides drinking water for the more than 30 million people in greater Jakarta. In partnership with local farmers and the national park service, since 2008 CI has planted more than 120,000 native tree seedlings to build a “green wall” that can help prevent erosion, absorb carbon from the atmosphere and provide other benefits for nearby communities.

STAY UP TO DATE

Around the globe, people are standing up to protect the nature they rely on. Get the latest news from the front lines.

By the end of my 2012 trip, I felt I understood the value of this work; it was not until I returned this year, however, that I fully grasped the positive impact the project is having on the forest and communities.

Reaching for the sky

2012: While walking to meet a local farmer, we stumbled upon a tree that had been planted in 2008. I liked the light and I wanted scale, so I asked CI team members Abduh and Dede to pose with the tree that they had helped plant.

2016: Somehow we managed to find this tree again! I was amazed by its growth; the surrounding forest was also more lush, with the area around the tree starting to fill with vegetation.

A wall of green

2012: CI had just planted small tree seedlings — barely visible in my photo — between the larger trees. In fact, there were no trees here before CI began planting them in 2008.

2016: Now when you walk into the national park, there is a wall of green that separates the national forest from private land. The once-seedlings are growing and quickly filling in the space. I added my guide, Igud, for scale so if I go back in 2020 we can assess the change.