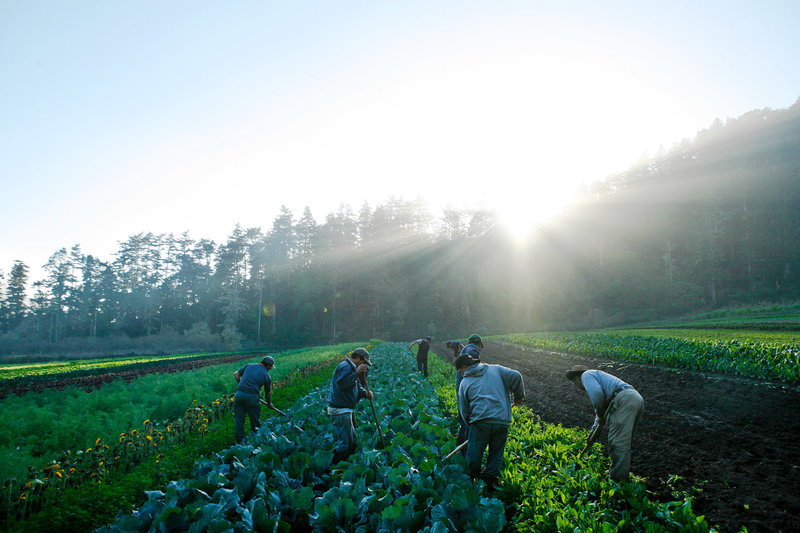 At first glance, food policy seems to be an afterthought in the Trump administration. The campaign saw few debates about food or farming. And the president-elect hasn’t yet nominated someone to head the Department of Agriculture or the Food and Drug Administration.

But Donald Trump’s lack of attention won’t make future food battles any less cutthroat. Plenty of people in Washington, including powerful factions within the Republican majority in Congress, are hoping to change a wide variety of food-related policies, and believe that the new administration offers a prime opportunity to make those changes happen. Kip Tom, a farmer in Indiana who was a member of Trump’s advisory committee on agricultural policy, recently told The Salt that this is a time to “swing for the fences.”

Parke Wilde, an expert on food policy at Tufts University, told us in an email that shortly after the election, he had predicted that food policies would escape radical changes simply because they enjoyed a lower profile. He has changed his mind since, because “every news report seems to show that the incoming administration plans to pursue 100 fights simultaneously. I have never seen that approach work in American politics previously. But, in these wild times, who knows?”

Here is a list of potential changes to watch for.

1. Will the successful alliance of farmers and poverty advocates crumble?

The Farm Bill, which funds both food stamps (now known as SNAP) and farm subsidies, is due to be renegotiated by the end of 2018. Some conservative Republicans probably will renew their efforts, previously unsuccessful, to scuttle the whole package, separating the farm-related provisions and the nutrition programs into separate bills. Many observers believe that this would leave each of them more vulnerable to attack. The political factions that have traditionally supported this bill, though, including farm groups and poverty advocates, are likely to mount a fierce counterattack. The stakes are high. SNAP, in particular, is one of the country’s most important “safety net” programs for the poor.

2. School lunch reforms and nutrition standards may be under attack

There could be attempts to roll back parts of the school lunch reforms ushered in during the Obama administration. Margo Wootan of the Center for Science in the Public Interest, who has been a key player in pushing for healthier food in schools, told us that “given the deregulatory, anti-science rhetoric during the [Trump] campaign, we are on high alert.” She says Congress “might try to rollback school meal standards or try to dismantle the National School Lunch Program” by converting them into “block grants” that states could manage with only limited federal…