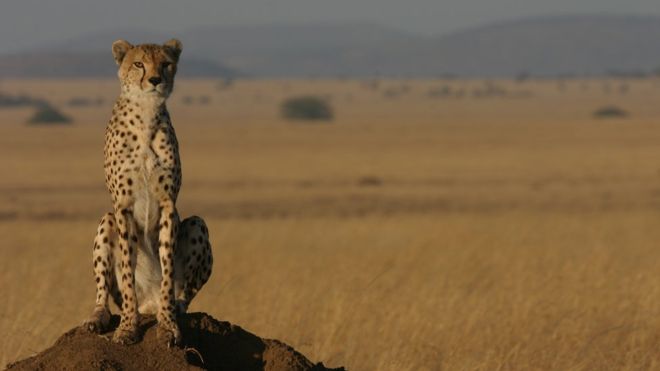 The sleek, speedy cheetah is rapidly heading towards extinction according to a new study into declining numbers.

The report estimates that there are just 7,100 of the world’s fastest mammals now left in the wild.

Cheetahs are in trouble because they range far beyond protected areas and are coming increasingly into conflict with humans.

The authors are calling for an urgent re-categorisation of the species from vulnerable to endangered.

According to the study, more than half the world’s surviving cheetahs live in one population that ranges across six countries in southern Africa.

Cheetahs in Asia have been essentially wiped out. A group estimated to number less than 50 individuals clings on in Iran.

Because the cheetah is one of the widest-ranging carnivores, it roams across lands far outside protected areas. Some 77% of their habitat falls outside these parks and reserves.

As a result, the animal struggles because these lands are increasingly being developed by farmers and the cheetah’s prey is declining because of bushmeat hunting.

In Zimbabwe, the cheetah population has fallen from around 1,200 to just 170 animals in 16 years, with the main cause being major changes in land tenure.

Researchers involved with the study say that the threats facing the fabled predator have gone unnoticed for far too long.

“Given the secretive nature of this elusive cat, it has been difficult to gather hard information on the species, leading to…