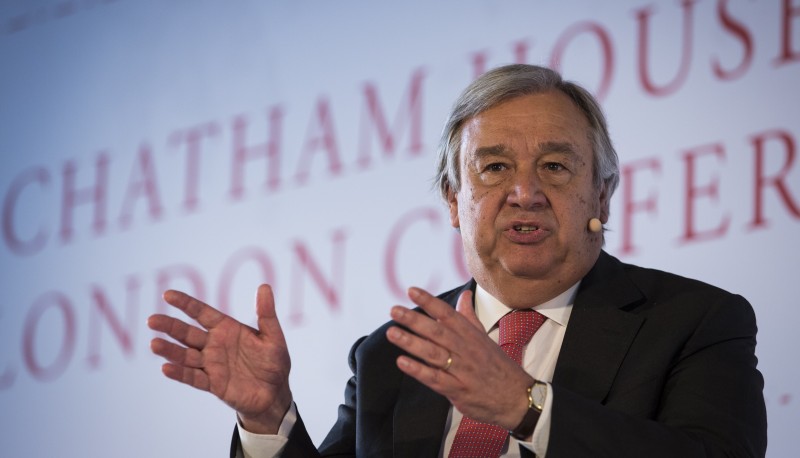 With new leaders in the US and at the UN, conflicts across the world and a rise in populism, 2017 promises to be a key year for climate politics

As the clocks strikes midnight on 31 December 2016, Portugal’s ex-Prime Minister Antonio Guterres will become the ninth secretary general of the United Nations, taking over from Ban Ki-moon. From the ongoing conflict in Syria and across the Middle East to the need to deliver the 17 Sustainable Development Goals and protect the Paris climate deal, he’ll be a busy man.

Clean energy fans meet in Abu Dhabi 14-15 January for the annual International Renewable Energy Agency assembly, a chance to take stock of investments in low carbon power through 2016 and explore how these can be ramped up in 2017. According to Bloomberg New Energy Finance, investment in clean energy rose 4% in 2015, up to US$329 billion.

World leaders, CEOs and charity chiefs will be among those in Davos, Switzerland for the annual World Economic Forum from the 17-20th. Bank of England governor Mark Carney is slated to be hosting a roundtable on climate change and risk.

At 1700 local time in Washington DC on the 20th Donald Trump will take his oath of office and become president of the United States. During the campaign he threatened to “cancel” the Paris climate agreement as soon as he was in the Oval Office, so keep your eyes peeled on Twitter on the 21st.

It’s a critical year for the European Union to start delivering its 2030 climate and energy package, while tackling Brexit negotiations. By the end of 2017, the Commission says it will present a “comprehensive package aimed at managing the modernisation of the economy by placing energy efficiency first, pursuing the ambition to become world number one in renewable energies and providing a fair deal to consumers”.

The first of the year’s three major European general elections takes place in the Netherlands on the 15th amid fears the far right populist candidate Geert Wilders will gain ground. Coincidentally, his party thinks climate change is a load of bunkum.

Hong Kong elects a new chief executive on the 26th – a big test of the territory’s autonomy and of global powers like the UK and EU, who have long called for China to respect its limited democracy.

UK prime minister Theresa May is expected to trigger Article 50 by the end of the month, starting a two-year set of negotiations for the country to leave the EU. We’re also expecting Downing Street to release its plans to reduce carbon emissions through 2030 in March.

Sustainable Development Goals: remember them? Talks on how they will…