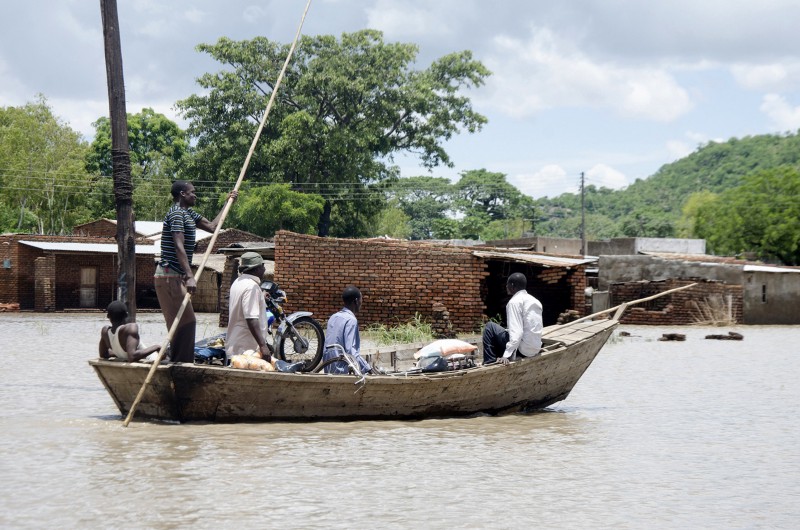 At least 12 million people lived in ongoing displacement caused by conflict, violence, and other disasters across the African continent in 2015. And in the future, climate change may be the lead driver of even greater displacement.

In the Africa Report on Internal Displacement — a new report by the Internal Displacement Monitoring Centre that focused on internal displacement across the entire African continent — researchers found that “disasters triggered by rapid-onset natural hazards” forced 1.1 million people from their homes across 33 African countries last year. What’s more, disaster-induced displacement makes people more vulnerable from one year to the next and more susceptible to food insecurity since planting and harvesting become disrupted when farmers are absent.

“The figure of 12.4 million internally displaced people (IDPs) is more than double Africa’s 5.4 million refugee population across the continent, and is a reminder of the protracted nature of many conflicts in Africa,” Alexandra Bilak, the director of the Internal Displacement Monitoring Centre (IDMC), said in a statement. “But it still underestimates the full scale of Africa’s internal displacement crisis because data over time is not available for the millions more who become trapped in displacement as a result of disasters and development projects.”

Flooding was the primary trigger of immediate displacement, forcing 14 million people out of their homes in the six-year period leading up to 2015. Earlier this year, 56,000 people were forced from their homes in Ethiopia because of severe flooding. At the same time, droughts contribute to strains on agricultural, pastoral livelihoods, and food security.