EPA Turns Away From CAFO Water Pollution (Circle of Blue) 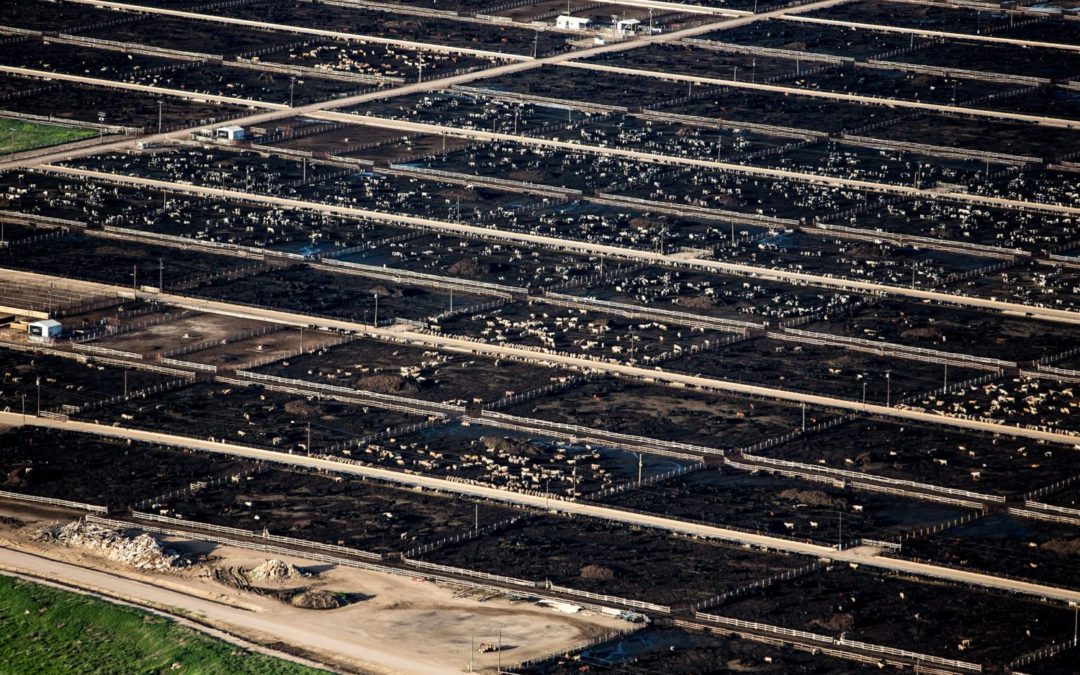 Federal inspections of cattle and hog feedlots, turkey houses, and other animal feeding operations dropped for a fourth consecutive year, according to U.S. Environmental Protection Agency data. The number of fines and orders to change management practices for those same facilities fell for a fifth consecutive year.

The decline occurred even though EPA regulators in 2011 designated water pollution from concentrated animal feeding operations, or CAFOs, as a national enforcement priority. The priority list — including urban sewers and air emissions from chemical factories, refineries, power plants, and oil and gas development — targets serious and chronic violations of pollution laws in areas that are “particularly complex and challenging.”

In a report made public this week, the EPA also announced that it secured $US 13.7 billion in fines, penalties, and settlements from polluting companies during fiscal year 2016, including several in the oil and natural gas industry. In fiscal year 2015, the EPA secured about $US 7 billion in enforcement actions.

Critics assert that the annual decline in CAFO inspections reflects the EPA’s reluctance to stand up to the farming industry. The EPA responds that due to Congressional action to significantly reduce the agency’s budget, it applies limited staff and resources to the most severe pollution problems.

Stanching the flow of nutrients from farm fields is the country’s most persistent and formidable water pollution challenge. Phosphorus and nitrogen levels in lakes and streams contribute to the toxic algal blooms that have exploded in recent years in Lake Erie, Lake Okeechobee, and others. Most farming activities, like planting corn and growing wheat, are not regulated by the Clean Water Act, the chief federal water pollution law because they are defined as “nonpoint” pollution sources, meaning contaminants do not flow out of a single point or pipe.

Wastes from CAFOs, though, are collected at a point — generally in manure lagoons or tanks — and are subject to the Clean Water statute’s regulations.

In 2016, the EPA concluded 17 enforcement actions against CAFOs, nearly 75 percent fewer actions than the annual average during the first Obama term. Enforcement ranges from fines to orders to install equipment to trap pollutants. Likewise, the agency conducted 119 inspections in 2016, down by more than half from the 2009-2012 average.

The decline should not be a surprise. In fact, it was planned. The EPA’s latest five-year strategy, published in 2014, indicated that the agency would pull back from inspections and enforcement and focus on the biggest polluters. Inspections have indeed dropped across all EPA programs. In 2012, the agency tallied 19,835 total…