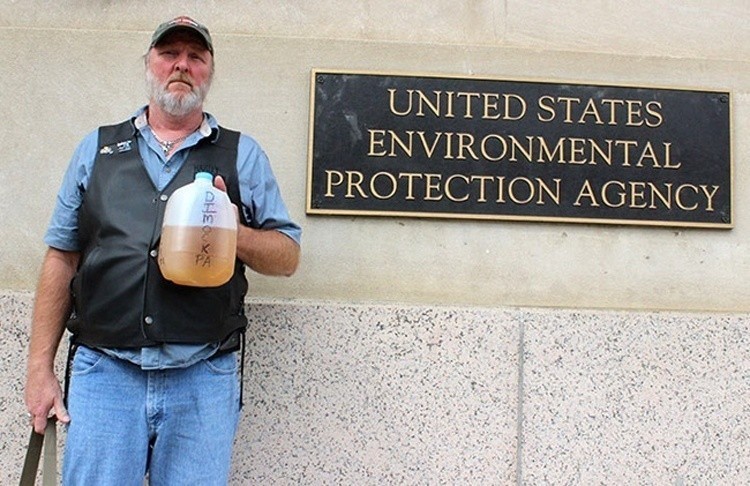 The U.S. Environmental Protection Agency (EPA) has released its widely anticipated final report on hydraulic fracturing, or fracking, confirming that the controversial drilling process indeed impacts drinking water “under some circumstances.” Notably, the report also removes the EPA’s misleading line that fracking has not led to “widespread, systemic impacts on drinking water resources.”

“The report, done at the request of Congress, provides scientific evidence that hydraulic fracturing activities can impact drinking water resources in the United States under some circumstances,” the agency stated in a media advisory.

This conclusion is a major reversal from the EPA’s June 2015 pro-fracking draft report. That specific “widespread, systemic” line baffled many experts, scientists and landowners who—despite the egregious headlines—saw clear evidence of fracking-related contamination in water samples. Conversely, the EPA’s top line encouraged Big Oil and Gas to push for more drilling around the globe.

But as it turns out, a damning exposé from Marketplace and APM Reports revealed last month that top EPA officials made critical, last-minute alterations to the agency’s draft report and corresponding press materials to soft-pedal clear evidence of fracking’s ill effects on the environment and public health.

“There are instances when hyrdofracking has impacted drinking water resources. That’s an important conclusion, an important consideration for moving forward,” Burke told reporters today, according to The Hill.

Regarding the EPA’s contentious “national, systemic conclusion,” Burke said, “that’s a different question that this study does not have adequate evidence to really make a conclusive, quantified statement.”

In the new report, the authors heeded to the EPA’s independent Science Advisory Board’s advice to review the “widespread systemic impacts” line from the June 2015 draft study. The final 1,200-page report omits that line.

“Scientists put that language in the draft report, and scientists made the decision not to include it in the final report based on feedback from the Science Advisory Board and their interpretation of the available science,” Burke explained.

As Pavillion rancher and affected landowner John Fenton testified last year, “When EPA launched its national study of fracking’s drinking water impacts, we thought they’d look first here in Pavillion where they’d already found pollution. But instead they ignored us without explanation. Science means taking the facts as they are. But EPA seems to be intent on finding the facts to support the conclusion they’ve already reached—’fracking is safe.'”

These specific cases studies are now mentioned in the final report.

In the new report, the EPA has identified cases of impacts on…