GARDENING with ALI MARSHALL: How we can kill the pests… not the planet 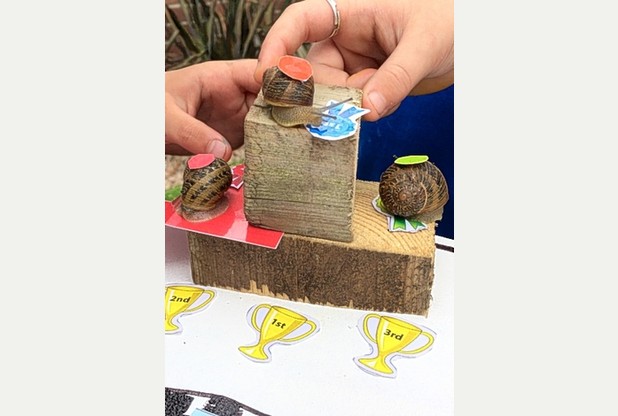 TODAY, I thought I’d write about something practical and useful rather than Christmassy, just in case you are fed up with the seasonal bonhomie, although there is nothing to stop you putting the products below on your Christmas wish list. I have!

I haven’t really talked that much about being an organic gardener, even though it is something I believe passionately in.

Mostly I think it’s up to every individual to decide where they stand on the matter and in my experience preaching has little effect on anyone who is not at least already partially converted.

However, it does seem chemicals are being banned by the authorities on a fairly regular basis now, which means all gardeners are becoming more organic by default whether they want to or not.

In fact, I predict you will wake up one day and suddenly realise you cannot spray or throw around anything nasty as it’s all been banned! Organics by stealth!

Obviously, though, to be a proper organic gardener you will also have to develop a taste for lentils and batik-dyed skirts (joking, honest) but hey, give up chemicals and you are half way there, definitely.

Make your own compost as well and you’ve pretty much got it covered!

Anyway, being organic does not necessarily mean you have to let the pest win. I am often asked about slugs and snails, for example, the assumption being either I must have some secret method of dealing with them nicely without cruelty or I tolerate their presence and carnage just because I won’t throw blue pellets of poison around.

Neither is true — I am a gardener not a Buddhist — and I get as het up as the next person when my delphiniums disappear overnight.

In fact, I have a fairly ambivalent attitude towards these slimy nuisances. I like the fact thrushes come to Torre Abbey Gardens and crack open their dinner on our stones — and I do love a bit of snail racing — so having some mollusc activity is fine by me.

But if I spot one near my beloved plants I will nevertheless stamp on it without delay — on the grounds at least the suffering won’t be prolonged.

I have also convinced myself beer traps are better than anything else for reducing an overactive slug problem as I presume drowning when inebriated is preferable to being slowly poisoned. And, yes, I occasionally feed them to my chickens but then I have a tarantula which feeds on live crickets too and that doesn’t bother me at all.

Any fan of David Attenborough will know already nature is not kind. It’s a dog eat dog world, or at least a wolf eats caribou calf world and after so may millions and millions of years of evolution pretty much everything living is on the lunch menu for some creature or another.

Modern organic gardening has picked up on this and there are now an increasing number of products which can help us control populations of pests by using natural, pre existing predators. This way we are only helping nature along slightly…