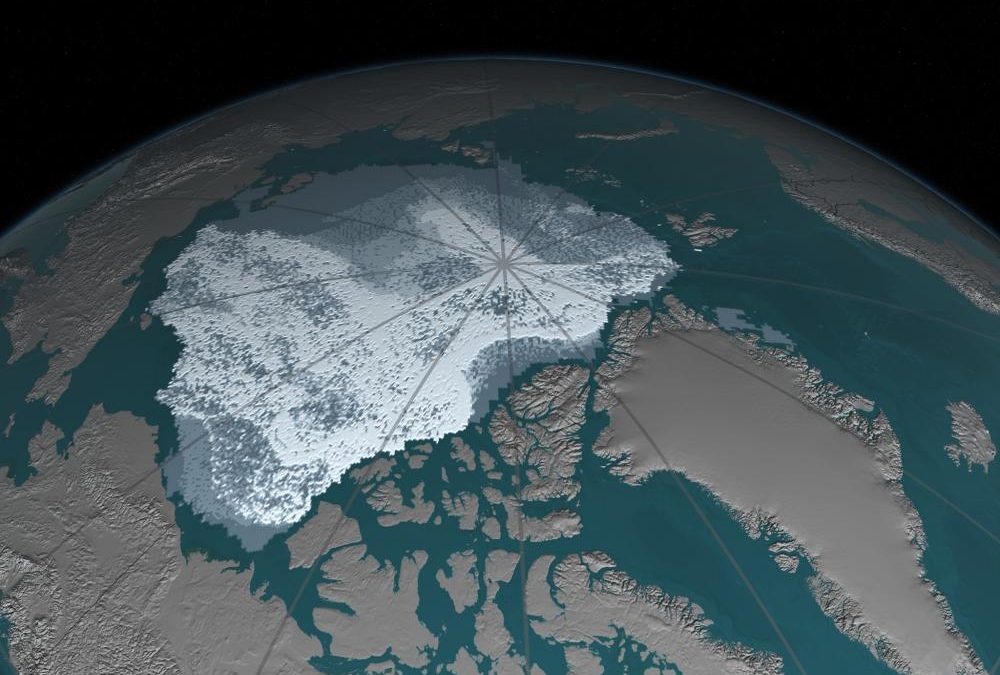 Scientists are forecasting ice-melting temperatures in the middle of winter for some parts of the Arctic for the second year in a row. And analysis shows such recent record temperatures there would have been virtually impossible without human greenhouse emissions.

Over the coming days, some parts of the Arctic are expected to get gusts of warm air that are more than 20C hotter than usual for this time of year, some of which will tip over the 0C melting temperature of water.

Maximum temperatures in parts of the Arctic will be warmer than the maximum over most of Canada for the next five days, according the global forecasting system run by the US National Oceanographic and Atmospheric Administration (Noaa).

The extreme temperatures predicted coincide with record low sea-ice levels in the Arctic, which have already been wreaking havoc with weather North America, Europe and Asia, according to leading climate scientists.

A low pressure system near Greenland is pulling the warm air towards the Arctic, in a similar pattern to that seen in 2015. And a paper published this month showed events like that, called “midwinter warming”, were occurring more…