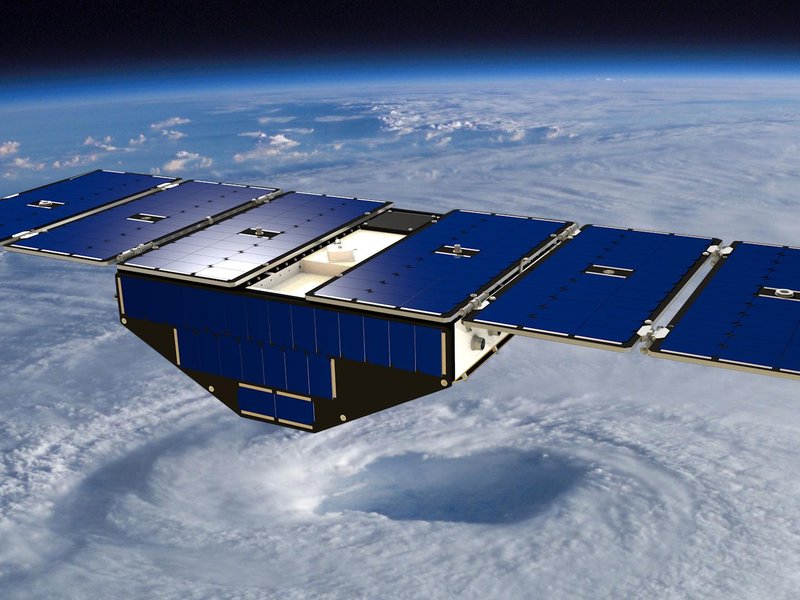 Hurricane intensity forecasts are about to get a lot better.

A new fleet of eight mini weather satellites, collectively called CYGNSS—Cyclone Global Navigation Satellite System—is due to be launched into orbit tomorrow morning (after an attempt today was scrubbed) from a Pegasus XL rocket dropped by an airplane off the coast of Florida. Each satellite carries an ingeniously simple instrument that will allow scientists to see inside storms and make more accurate predictions about whether a storm will grow or fizzle.

Because a hurricane’s trajectory is determined by large-scale, obvious weather trends, plotting a storm’s path is relatively easy. But over the last 25 years, according to CYGNSS principal investigator Chris Ruf, very little progress has been made in forecasting how and when a hurricane will intensify.

“What makes a hurricane change its intensity is stuff that’s happening right in the middle, in the inner core of the hurricane,” says Ruf. “To predict it, you need to be able to measure it.”

The measurement in question is surface wind speed. Because evaporation at the ocean surface is the engine that feeds latent heat energy into a storm, and the evaporation rate is driven by the storm’s own winds blowing over the water, current wind speed is the best indicator of how much energy a storm will have later.

Until now, scientists have been blinded to what’s happening inside a hurricane by one big limitation—the weather satellites that traditionally measure wind speed don’t have the capability to see through rain (the signals they use have a wavelength similar to the width of the average raindrop, causing the signals to scatter every time they hit one). And the center of a hurricane is, of course, rainy. Current satellites also sample a given spot only every three days, and some storms live their whole lives in that span.

To get around this problem, scientists rely heavily on P3 Orion research aircraft that fly directly into hurricanes, but such flights provide data for only a tiny portion of any given storm, and many storms in their early stages are too far away to be reached with any frequency by aircraft. The result is a wide margin of error in predictions of how a storm will intensify—they can be off by as many as two intensity categories (there are only five).