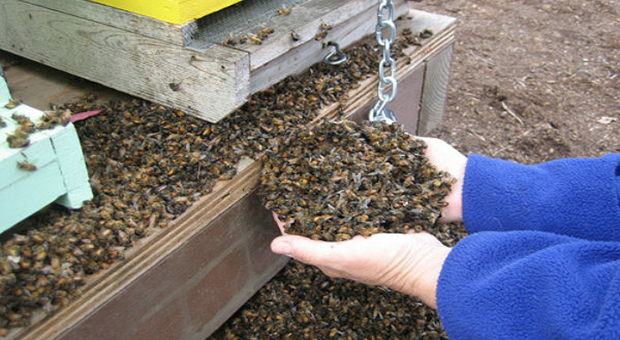 The rapid rate of dying in the bee population is threatening to make this specie extinct; scientists are warning that the worst case scenario is becoming a reality. Activists are doing everything they can to convince the authorities in France to ban the use of bee-killing neonicotinoid pesticides, warning them if this practice continues we’ll reach a point of no-return.

As hard as everyone fights, it seems that the decline in the bee population remains in the shadows of the corporate interests and the big companies are doing everything in their power to stop the ban from coming into effect.

“Britain and Germany have caved into the industry lobby and refused to ban bee-killing pesticides,” said Iain Keith, at campaign group Avaaz. “Today’s vote flies in the face of science and public opinion and maintains the disastrous chemical armageddon on bees, which are critical for the future of our food.”

So far, in France, more than 300,000 bee colonies have already died and the annual mortality rates…