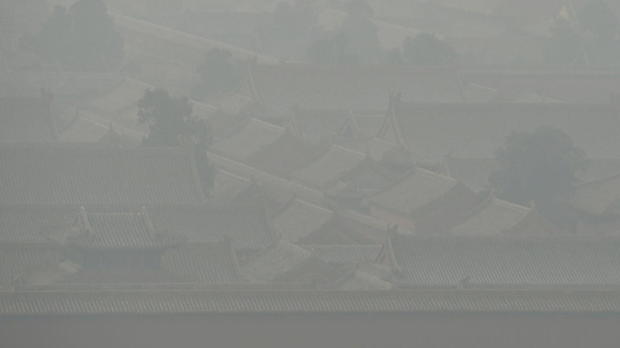 Millions of people in China are being forced to wear masks or stay indoors because of thick, heavy smog. A red alert for pollution has been in effect for nearly a week, and the heavy smog has closed airports, schools and roads.

A map of China’s current air quality shows much of the country is under “unhealthy” or “very unhealthy” advisories.

Dense gray smog is smothering parts of hina. For days, the pollution has made it difficult to navigate cloudy roads, forcing many on the streets to don protective masks.