These Are the 10 Most Important Climate Stories of 2016 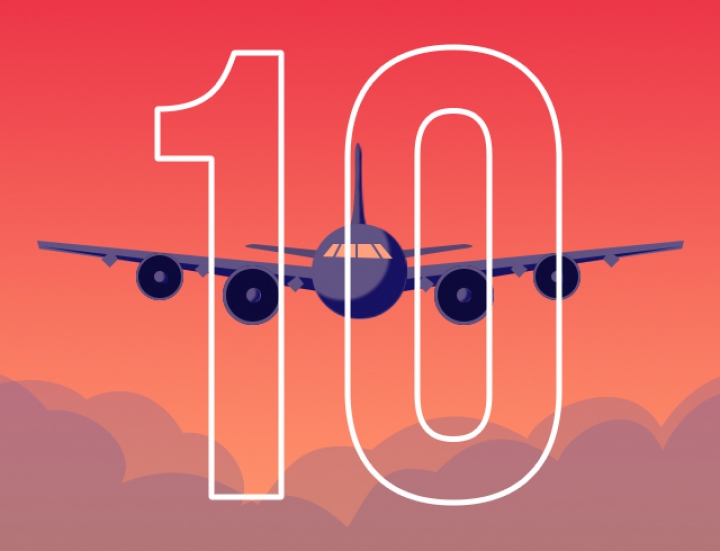 This year is likely to remembered as a turning point for climate change. It’s the year the impacts of rising carbon pollution became impossible to ignore. The world is overheating and vast swaths of the planet have suffered the consequences. At the same time, it’s also a year where world leaders crafted and agreed on a number of plans to try to turn the tide of carbon pollution and move toward a clean energy future. It’s clear 2016 was a year where planetary peril and human hope stood out in stark contrast. Here are the 10 most important climate milestones of the year.

The friendly skies got slightly friendlier. Air travel counts for about 7 percent of carbon emissions globally. That number will need to come down in the coming decades, and the International Civil Aviation Organization, the world’s governing body for airlines, put a plan in place to start that transition. The plan, which was signed off on by 191 countries, is focused on letting airlines buy credits that will help fund renewable energy projects to offset airplane emissions. It isn’t a perfect solution since it doesn’t directly reduce carbon pollution from air travel, but it’s a first step for an industry that will have to find novel, carbon-free ways to produce the fuel needed to fly you home for Christmas vacation.

An extremely potent greenhouse gas is also on its way out

Hydrofluorocarbons are the chemicals in your air conditioner that help keep you cool in the summer (and the food in your refrigerator cool year round). Ironically, they’re also a greenhouse gas that’s thousands of times more potent than carbon dioxide when it comes to trapping heat in the atmosphere. Reducing them is critical to keep the planet from heating up much more and in October, international negotiators struck a deal to do phase them out. Countries still have to ratify the agreement — and it could face a major roadblock in the U.S. Senate — in order for it to take effect, but if approved, it will provide strong targets and a timetable to find replacement chemicals to keep you cool in a warming world.

July was the hottest month ever recorded. Then August tied it

The Arctic had a crazy heat wave this winter, but the planet as a whole really roasted through July and August. The summer is usually the warmest time of the year by dint of the fact that there’s more land in the northern hemisphere. But this summer was something else. July was the hottest month ever recorded, and it was followed by an August — usually a bit cooler than July — that was just as scorching. Those epically hot months helped set this year up for record heat (but more on that in a bit).

The Arctic was probably the weirdest place on the planet this year. It had a record-low peak for sea ice in the winter and dwindled to its second-lowest extent on record. The Northwest Passage also opened in August, allowing a luxury cruise ship to pass through. Those milestones themselves are a disconcerting harbinger of a warming world, but November brought an even more bizarre event. Normally it’s a time when night blankets the region and temperatures generally plummet to allow the rapid growth of ice. But a veritable heat wave ratcheted temperatures 27°F above normal, hitting pause on ice growth and even causing ice loss for a…