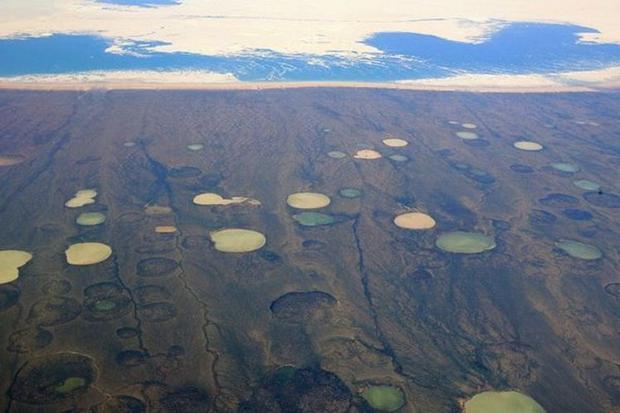 Not mincing words, scientists with the National Oceanic and Atmospheric Administration (NOAA) say the world is now in “uncharted territory” when it comes to Arctic sea ice, and we have reached a “tipping point” due to higher than normal temperatures.

“What happens in the Arctic doesn’t stay in the Arctic,” Jeremy Mathis, NOAA’s Arctic research chief, told the Associated Press, according to Weather.com. And this statement applies to countries around the globe. And while most of us think of ice as something that keeps our iced tea cold in the summer, we forget that the ice covering the North Pole does almost the same thing when it comes to global temperatures. The Arctic’s ice cover reflects the Sun’s heat away, keeping our ocean waters from overheating.

But as Engadget so eloquently puts it, “thanks to our steadfast refusal to address climate change, there’s going to be a lot less ice in the Arctic next year.” Jennifer Francis, an Arctic climate expert at Rutgers University, says the world is in “uncharted territory,” and the rapid changes going on right now in the Arctic are affecting weather patterns around the world. “In the past, you have had natural variations like El Niño, but they have never happened before in combination with this very warm Arctic, so it is a whole new ball game.” NOAA issued its annual Arctic Report Card, a peer-reviewed report that combines the work of 61 scientists from 11 nations who report on air, ocean, land and ecosystem changes. In the report was a tally of record high temperatures, low sea ice and shrinking ice sheets and glaciers.