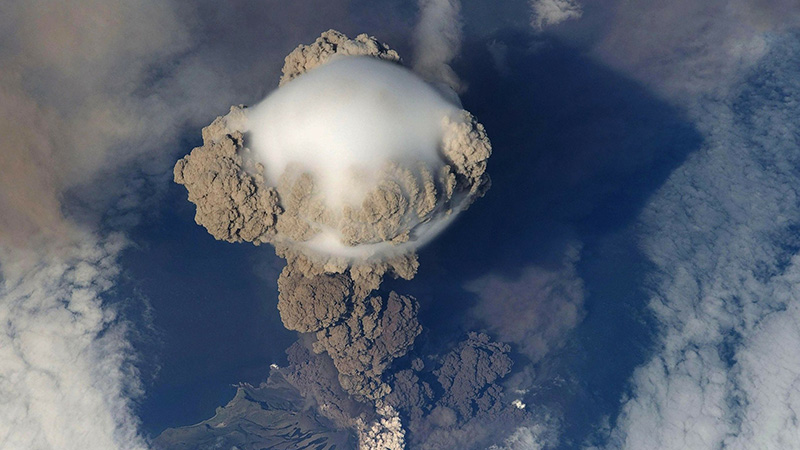 Countries should resist the urge to experiment with large scale planetary geoengineering until it’s clear what the consequences of meddling with the oceans or atmosphere may be.

That’s the nub of a decision expected to be taken at the UN’s biannual biodiversity summit taking place in Cancun, Mexico this week, emphasising a “precautionary approach” to such projects.

With global warming fast approaching 1.5C above pre industrial levels and an El Nino-boosted 2016 likely to be the hottest year on record, some scientists are looking to emergency measures.

But the UN is sticking to a familiar line: pumping the atmosphere with tiny mirrors to deflect sunlight, boosting the uptake of CO2 in oceans by stimulating plankton growth, or burning wood and pumping the emissions underground could be a bad idea.

Tuesday’s version of the UN @CBDNews‘s plea to countries not to start #climate geoengineering #COP13 pic.twitter.com/AhtymkgKLK

“We’re concerned that with any initiative regarding the use of geoengineering there needs to be an assessment,” UN biodiversity chief Braulio Ferreira de Souza Dias told Climate Home.

“These can have unforeseen results and spin-offs. If you capture carbon in the oceans, this is effective through all the food chains.”

Even national risk assessments on individual geoengineering projects would still form an “incomplete basis for global regulation” says the latest iteration of the UN draft decision, echoing previous CBD decisions in 2010, 2012 and 2014.

“More trans-disciplinary research and sharing of knowledge among appropriate institutions is needed,” it says, citing potential impacts on ecosystems and potential ethical issues.

For instance, one study by scientists at the UK Met Office in 2013 said the release of fine particles into the northern…