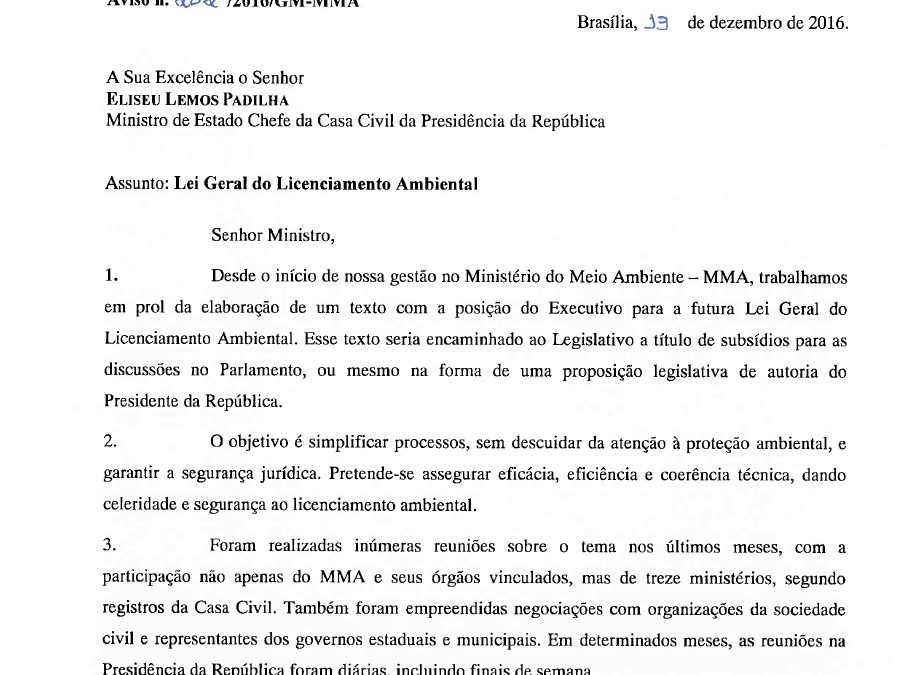 Brazil’s government is divided on a bill to tear up federal environmental regulations and hand responsibility to states.

Promoted by the rural lobby, the proposal would exempt farming and forestry – responsible for nearly 70% of the country’s greenhouse gas emissions – from current licensing laws.

Eliseu Padilha, chief of staff to president Michel Temer, is understood to support the bill, which was presented to the parliamentary finance committee on Wednesday.

But environment minister Jose Sarney Filho warned in a letter to the presidency it would spark “environmental civil war” (guerra ambiental entre os estados), with states competing to offer the weakest restrictions on development.

That could undermine the country’s climate commitments, which depend on halting deforestation. In 2016, the latest data shows, the area of forest cleared increased 29%…