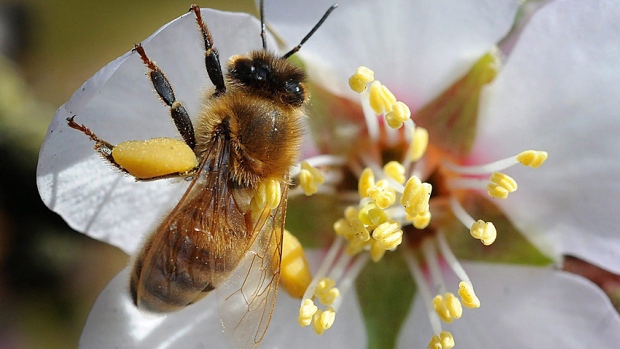 Health Canada is proposing a ban on almost all uses of a controversial neonicotinoid pesticide called imidacloprid, saying it is seeping into Canadian waterways at levels that can harm insects and the ecosystem.

Neonicotinoid pesticides, the most widely used class of insecticides in the world, have faced increasing restrictions because of the risk they pose to bees, but have been allowed in Canada for agricultural and cosmetic purposes.

Today, Health Canada released its draft risk assessment for imidacloprid for public comment. This review doesn’t look at bees — that’s being done in a separate assessment.

“Based on currently available information, the continued high-volume use of imidacloprid in agricultural areas is not sustainable,” the assessment states.

It proposes phasing out all agricultural uses of imidacloprid, and a majority of other uses, over the next three to five years.

“I’m really surprised,” said Mark Winston, a professor of apiculture at Simon Fraser University and senior fellow at the university’s Centre for Dialogue.

“To take an action to phase out a chemical that is so ubiquitous, and for which there is so much lobbying pressure from industry, I think that’s a really bold move.”

Based on its findings for imidacloprid, Health Canada is launching “special reviews” of two other widely used neonicotinoids: clothianidin and thiamethoxam.

Imidacloprid is a broad-spectrum insecticide that works by interfering with the nerve impulses of insects, killing them.

It’s used to control pests on a large number of agricultural crops, from cereals and grains to Christmas trees and ornamentals, says Health Canada.

Some homeowners also use it kill chafer beetle larvae and other grubs that destroy their lawns.

The chemical’s toxicity to bees and other insects is not in scientific dispute, though regulators worldwide have wrestled with the question of whether it could be used at times, or at low enough concentrations, to mitigate those risks given its usefulness to agriculture.