I May Be Facing Felony Charges, But the Real Radicals Are Running the Fossil Fuel Companies 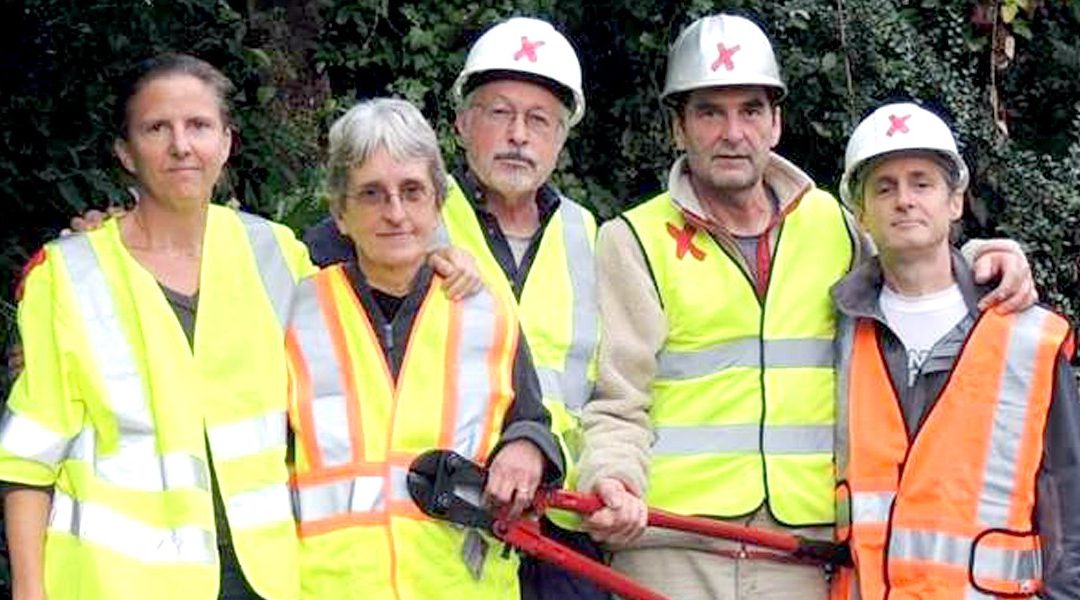 I’ve been thinking a lot about risk lately—what we’re willing to risk and why. I was one of five activists who turned off the major tar sands pipelines coming into the U.S. on Oct. 11, 2016. As a result, I’m risking prison time, ostensibly for property damage (we cut a few chains to access the valves), but really for being disobedient to business as usual. It’s also possible they’ll file a restitution suit, for temporarily disrupting a pipeline that’s highly profitable for some, at the expense of all others.

I took part in the action in full awareness of these risks—in dread of them, to some degree—because of the risk that Enbridge and the other companies engaged in the extraction, transport and sale of tar sands are taking, which is the unimaginably huge risk that if the world’s scientists are correct, what really flows through those pipelines is the end of human history.

Does this seem like crazy talk to you? Does it seem obvious that we can’t possibly move past fossil fuels, no matter what the risks? What are you risking in order not to try, in order to preserve your belief that the world—or at least your world—is basically okay and you don’t need to pay attention to the dire warnings scientists have been giving us?

Last December in Paris, nearly early every nation in the world, including petro-states like Russia and Saudi Arabia, agreed to an aspirational goal of no more than 1.5 C of warming. But it’s very aspirational—right now, even if every nation adheres scrupulously to the Paris agreement (and Donald Trump promises that the U.S. won’t), scientists say that will only “limit” us to 3.5 C.

That’s one of the better scenarios available to us right now—and it risks human extinction. It would make food systems and most other current ecosystems collapse. The reliable seasons that allow human civilization would disappear.

The Paris agreement has 1.5 C of warming as its goal because above that, we can expect worldwide catastrophe: droughts, famines, terrifying sea level rise. A recent report tallied how much fossil fuel we can burn and preserve even a 50/50 chance of staying below that threshold:…