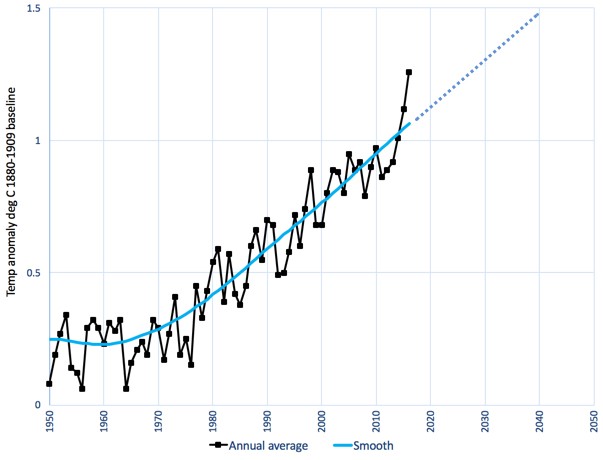 Such a three-year run has never been seen in the 136 years of temperature records. It’s but the latest in an avalanche of evidence this year that global warming will either be as bad as climate scientists have been warning for decades — or much worse.

The “much worse” case is especially likely if Donald Trump and his team of deniers and pro-Putin Big Oil shills follow through on his promise to destroy the Paris climate deal, the world’s last best hope to avoid climate collapse.