Amid the beautiful, strange treasures of the U.S. Botanic Garden, a young painter blossoms 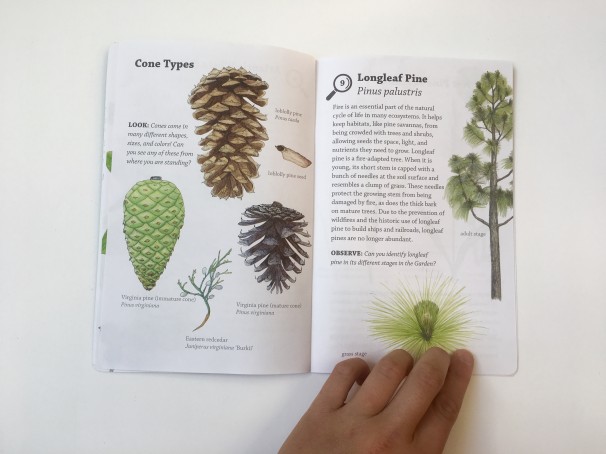 At 24, Mara Menahan has noticed something that most people miss their entire lives: That bar of chocolate, the pomegranate on your salad, the cup of coffee — all these familiar victuals begin life as a flower.

Or as vastly different and complex flowers.

Menahan signed off Friday as the U.S. Botanic Garden’s first in-house botanical illustrator in modern times, arriving as a Truman Scholar. Her year-and-a-half stint brought her into close contact with an extraordinary range of plants and blooms, from the tropical flora in the ornate conservatory at the foot of the Capitol to the adjoining outdoor gardens of hardy plants.

“Looking back, what I have done here is to illustrate floral diversity,” she said. If she once thought the generic flower was a daisy, her time at the Botanic Garden has wholly altered that view. There is no archetypal bloom.

She has painstakingly reproduced leaves, seeds, flowers, stems and other plant pieces, assembling them into more than 200 plates. She worked by converting sketchbook images into watercolor renderings at an artist’s table in a private gallery within the conservatory.

If you want an example, she said, of the gap between a fruit and its blossom, you need look no further than the ubiquitous banana. Menahan leads me to the conservatory’s displays of wild banana plants to explain their weird floral architecture.

From a single, pendent stalk, pollinated female flowers are forming the familiar bunches of bananas, but they’re small and green. At the end of the stalk, a purple, grenade-shaped inflorescence houses hidden male flowers. At night, it lifts one of its plates to reveal clusters of pollen-bearing flowers. This is for the benefit of a passing bat, which the banana uses as a pollinator. There are no bats in the conservatory, and commercial bananas are propagated by cloning, not seed production, but the point is clear — the banana is among plant species that have developed astonishingly intricate ways of reproducing and luring pollinators.

Menahan moves to a more central display bed in the Garden Court to look at another bizarre economic plant doing its thing. The conservatory’s somewhat celebrated cacao tree is…