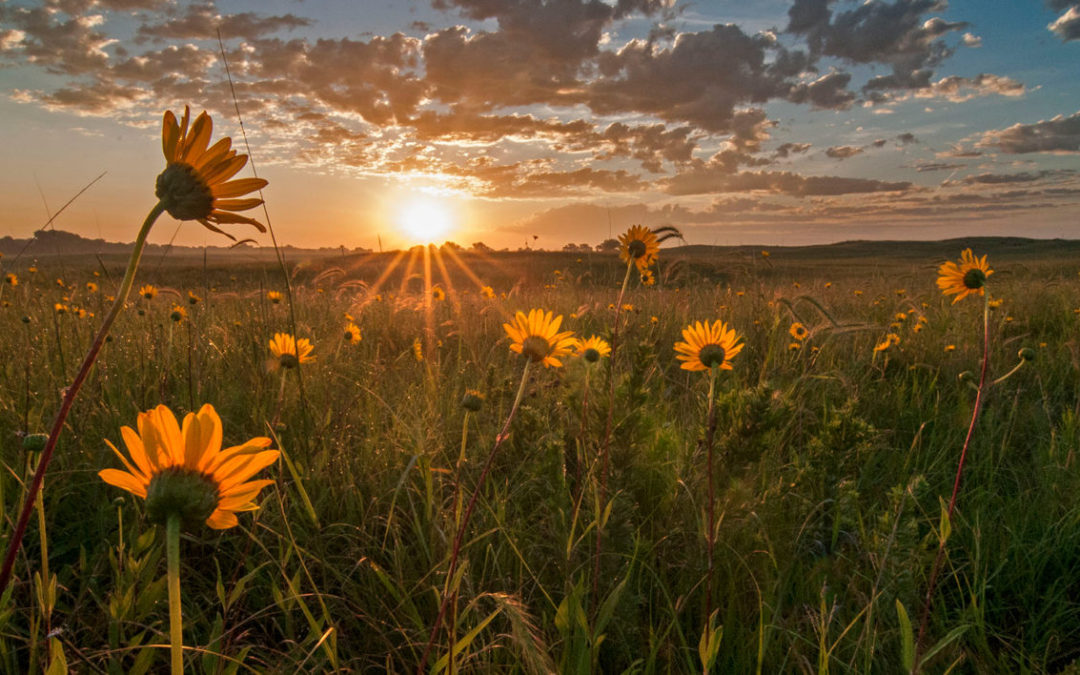 America has plowed, developed and otherwise destroyed or degraded vast expanses of native prairie. For generations prairies were seen as deficient in their lack of trees and dangerous in their flammability. On moving from Michigan to Nebraska J. Sterling Morton was so distressed by the paucity of trees that in 1870 he called forth “a grand army of husbandmen … to battle against the timberless prairies.” Two years later he founded Arbor Day.

At least we’re no longer anti-prairie. But Chris Helzer, The Nature Conservancy’s science director for Nebraska, offers this: “People just don’t think about prairies as natural areas. They tend to think about forests and rivers and mountains, especially when they’re looking for recreational opportunities. Getting people to recognize prairies as attractive, interesting and valuable is a big challenge.”

Environmentalists visiting this refuge and other prairie preserves are often appalled to encounter cattle. But prairie vegetation evolved with grazing. Bison, elk, prairie dogs and a host of other herbivores consumed forage, creating diversity of vegetation to which other species adapted. When Shook took me to a section cowless for half a century we encountered spongy duff rank with weeds. But on grazed sections we found firm, rich soil pushing prairie natives. The only thing wrong with cattle grazing is that it sometimes isn’t done right.

Farther east, where the public is less familiar with agricultural chemicals, some environmentalists are undone by herbicide use. But without herbicides the war to save native ecosystems can be lost. Consider the crested wheatgrass invading The Nature Conservancy’s Matador Ranch in Montana. The ranch protects some of the best remaining northern mixed-grass prairie. “Our bunch grasses are deep-rooted and pretty good at keeping out non-natives,” reports Brian Martin, the Conservancy’s state grasslands director. “But we have problems with crested wheatgrass. It outcompetes natives and is taller. Many herbicides aren’t selective, but they can be applied selectively. Next year we’ll test a roller to apply herbicide that will contact and kill the crested wheatgrass, but not the [lower] native plants.”

And this from Iowa prairie consultant Rich Patterson: “Herbicides are very helpful when you’re cutting exotic woody stuff. You just paint the stumps. Otherwise you’ve got these big root makers that come roaring back. Also, you can spray an established lawn with Roundup, then restore a prairie.”

There’s a difference between prairie restoration and prairie recovery. With the former you start over with lawns, cow pastures, cornfields and the like. With the latter you work with prairie remnants.

“Native grasslands are highly resilient,” says Trey Davis, The Nature Conservancy’s director of stewardship in Wyoming. “They can sustain themselves under less-than-ideal management. That includes not just overgrazing but undergrazing and moderate grazing at the same time and duration every year. Once a grassland has been tilled, fragmented or developed, it can never be fully restored.”

So the Conservancy specializes in acquiring big prairie remnants. But even these big properties aren’t big enough. “We and other organizations can’t own and manage enough property to make…