6 Companies working on reforestation in 2017 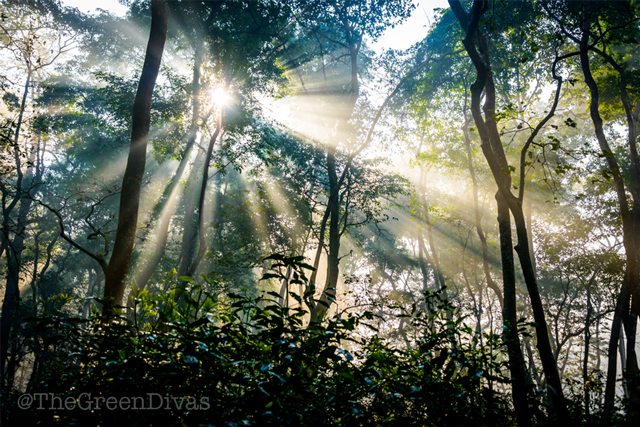 The clearest way into the Universe
is through a forest wilderness.

It’s no secret that the phrase “corporate social responsibility” has become enormously popular in boardrooms and press releases over the past several years. That’s because corporate commitment to addressing a variety of societal, cultural and most prominently, environmental issues has shifted from being simply a public relations tool to a fundamental element of many a company’s mission statement.

Corporate social responsibility manifests in a number of important ways, including the incorporation of sustainable practices in manufacturing processes, product materials, energy consumption and other business activities. It is also a major motivating factor in corporate support for outside social and environmental organizations and causes. Visit practically any environmental nonprofit website, for example, and you will likely find an assortment of business names and logos indicating the extent of corporate backing for that nonprofit.

Environmental causes worth supporting today are almost too numerous to list. One environmental effort that has captured a great deal of interest is global reforestation. And it’s no surprise why. Deforestation has had a devastating effect on the planet’s environmental health.

How devastating has deforestation really been?

According to a consensus of two studies (Winrock International and The Woods Hole Research Center) providing what is likely the best current estimate, gross global deforestation is responsible for a yearly average of three billion tons of CO2 emissions worldwide – approximately 10 percent of all of the planet’s heat-trapping emissions. The Union of Concerned Scientists calculates that this is the equivalent to the annual emissions of around 600 million automobiles, which is about twice as many cars as there are in the United States.

Fortunately, deforestation’s hugely destructive contribution to global warming has not gone unnoticed by a large segment of the corporate world. Here are just six companies who are committed to the aid in significant reforestation efforts in 2017, both in the United States and around the world:

For Avon Products, Inc., the company best known for its lipsticks, mascara, fragrances and other cosmetics, the issue of deforestation is of particular importance given that the business is a significant consumer of paper products. As a result of its concerns, Avon has created programs aimed at addressing related efforts and policies regarding its use of paper. Additionally, it has established its own reforestation fundraising initiative called Healthy Forests, Beautiful World.

Healthy Forests, Beautiful World raises funds through the sale of “special, environmentally conscious” products in over 50 countries. A portion of the proceeds from the sale of these products is then donated to support reforestation projects of The Nature Conservancy in Brazil and the World Wildlife Federation in Indonesia. As of 2015, Healthy Forests, Beautiful World had raised over $7.5 million for these projects.