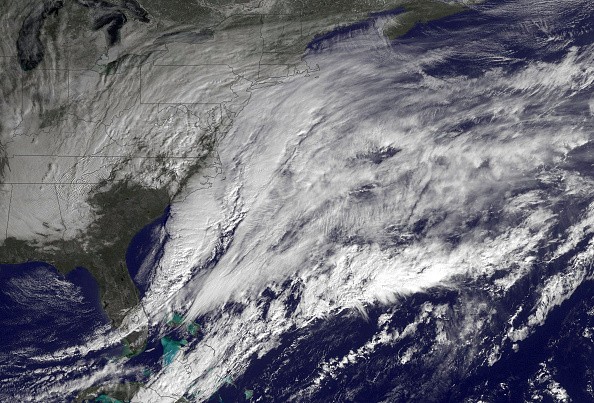 UNITED STATES – JANUARY 26: In this handout provided by the National Oceanic and Atmospheric Administration (NOAA) from the GOES-East satellite, a major winter storm develops over the mid-Atlantic region and is bringing snow to the Northeast of the U.S.
(Photo : NOAA/NASA GOES Project via Getty Images)

A major snowstorm whipped through the northeast and mid-Atlantic portion of the, including New York City on Tuesday.

According to Business Insider, due to the perilous weather, New York, New Jersey, Pennsylvania and Virginia have declared states of emergency and blizzard warnings had been issues.

More than 6,800 flights were canceled, facilities and schools were closed, and thousands experienced power interruptions.

Reuters reported that the temperatures dropped 10 to 25 degrees below the average. The heaviest snow, with accumulations of a foot (30 cm) or more, was reported across New England, upstate New York and parts of Pennsylvania.

A blizzard warning was previously issued to New York City, but the National…