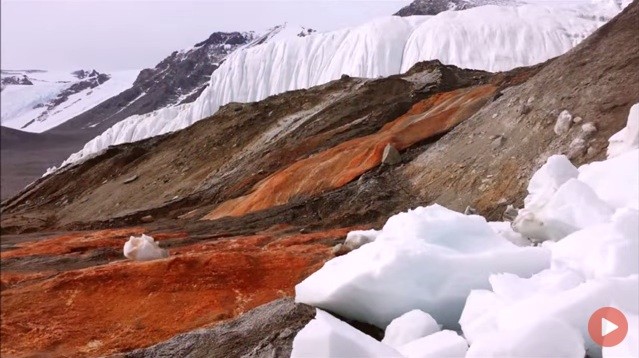 The century-old mystery of Blood Falls, a famous spot in Antarctica where ice cold water gushes a gruesome red hue, have just been solved by a team of scientists from the University of Alaska Fairbanks (UAF) and Colorado College.

According to a report from UAF, the newly collected evidence suggested that the waterfalls tapped a source of salty water trapped under Taylor Glacier for the past one million years. Antarctica’s Blood Falls was discovered by the geoscientist Griffith Taylor in 1911 and it has baffled scientists ever since with its strangely hued water with unknown origins.

At first, explorers thought that the color came from red algae, a report from Science Alert said. Eventually, scientists figured out that the iron-rich salty water (brine) was…