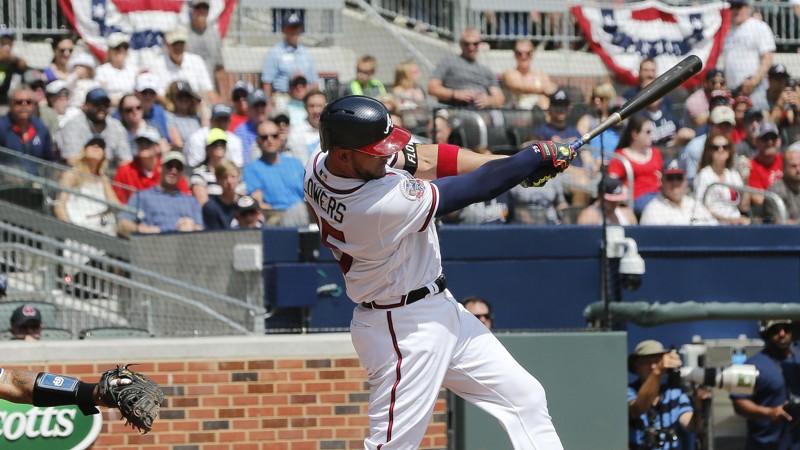 The Braves said catcher Tyler Flowers left Sunday’s game because of a right hamstring strain. The team listed his status as day-to-day.

Manager Brian Snitker said Flowers suffered the injury while running the bases on a ground-rule double in the seventh inning. Catcher Luke Recker replaced Flowers as a pinch runner after the next batter, Jace Peterson, made an out.

“We are going to re-evaluate him tomorrow and see where he’s at,” Snitker said. “Hopefully (it’s) nothing real serious because he’s swinging that bat pretty good.”

Flowers had two hits on Sunday to improve to 11-for-27 (.407) on the season. His two-tun single against the Padres on Sunday put the Braves ahead for good.

The Braves have three catchers on the active roster: Flowers, Recker and Kurt Suzuki. Flowers made…