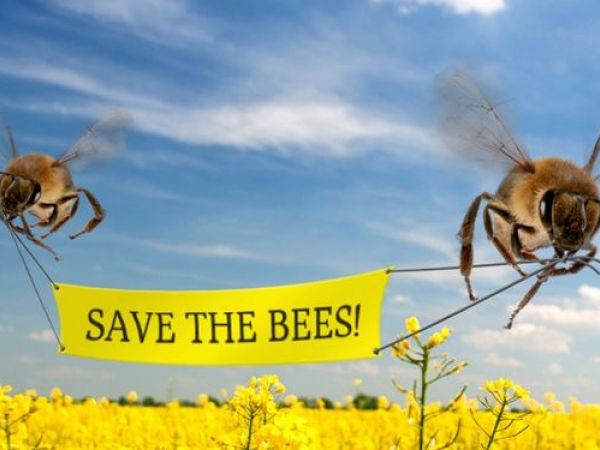 Collapsing ecosystems be they on land or on water are a huge threat to our planet. In particular the rapid collapse in bee populations has the potential to impact the amount of fruits and vegetables produced. The reality is that about a third of the food humans take for granted and require for a healthy diet depends on pollinators.

In the last ten years, beekeepers have been noticing that honeybee populations have been dying off at increasingly rapid rates. Honeybee Colony Collapse Disorder (CCD) as this loss of bees is called is now an urgent crisis. A recent report by Kelsey Kopec & Lori Ann Burd from the Center for Biological Diversity found that among native bee species with sufficient data to assess (1,437), more than half (749) are declining and that nearly 1 in 4 species is imperiled and at increasing risk of extinction.

In California alone honey production fell by fifty percent in less than six years. Some…