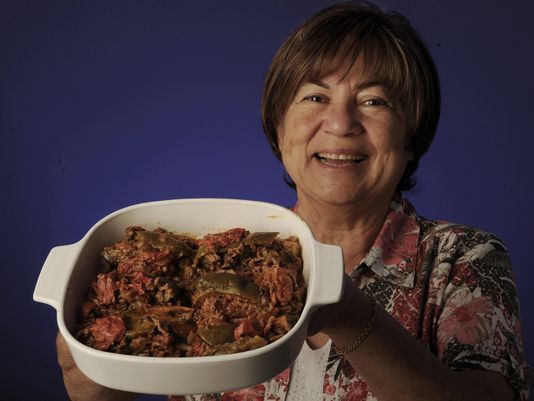 Mother knows best: Vega Sankur’s relationship with Mediterranean cuisine goes back many years, when she was a young child in Turkey, learning about cooking by carefully watching her mother. Then Sankur went off to college, married and came to America, a segment of her life when culinary matters were not a high priority.

Now a retired engineer, Sankur has re-acquainted herself with Turkish cooking, especially her mother’s recipes.

“When I retired I became interested in cooking again and started writing some of the dishes I remembered, along with new ones,” she said. “When you retire, you come home and all these things come back to you. You finally have the time.”

Melting pot: As Sankur looks back on her life in Turkey, she remembers the impact of organic gardening and the wonderful tastes that come with cooking with fresh produce.

“Most of the people back home use vegetables from their own garden,” she noted. “Turkish cooking is based on the good vegetables of the day. That’s how you would make your meal.”

Her husband, Haluk, and children, Aylin and Michael, are particularly fond of her eggplant dishes, specifically stuffed eggplant, which offers a melding of flavors.

“We use eggplants instead of pasta,” Sankur noted. “We use a lot of legumes in our cuisine, with sauces and pastes that offer a different kind of worldly taste.”