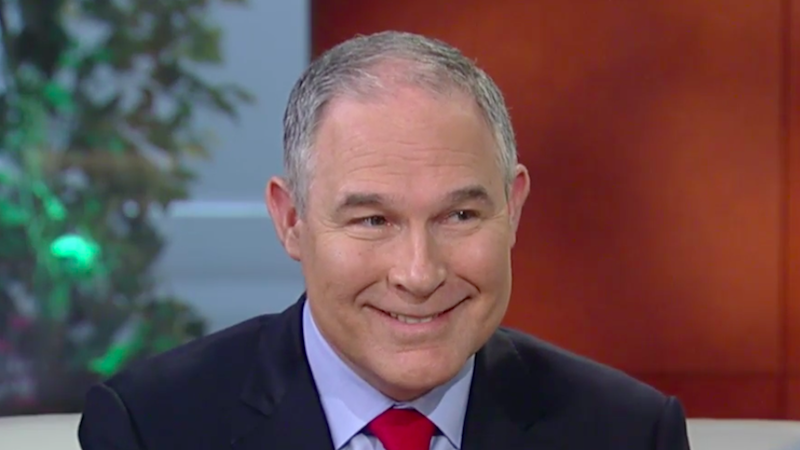 “It’s a bad deal for America,” said Scott Pruitt, adding he had told counterparts in Germany and Canada that he would not risk the US economy to comply with Paris

Environmental Protection Agency (EPA) boss Scott Pruitt has said the US should withdraw from the Paris climate agreement.

Speaking to Fox and Friends on Thursday morning, Pruitt said the Paris deal was “something we need to exit, in my opinion. It’s a bad deal for America.”

It is the subject of an internal battle in the Trump administration, with secretary of state Rex Tillerson calling for America to keep a seat at the table. Donald Trump is set to make a decision by the end of May.

Pruitt, whose agency would be responsible for enforcing rules to cut emissions, argued that staying in the deal opened the US up to outside pressure.

Pruitt said: “The people who say that it’s not enforceable, every meeting I’ve had with my counterparts from Germany, Canada and others, the first question they ask me with is: ‘what are you going to do to comply with Paris?’ And so what that means is contracting our economy to serve and really satisfy Europe and China and India. They are polluting far more than we are. We are at pre-1994 levels, with respect to our CO2 emissions.”

Asked by host Brian Kilmeade: “So you tell them, listen we’re not going to do that [risk the economy]?”

Asked to confirm that Pruitt…