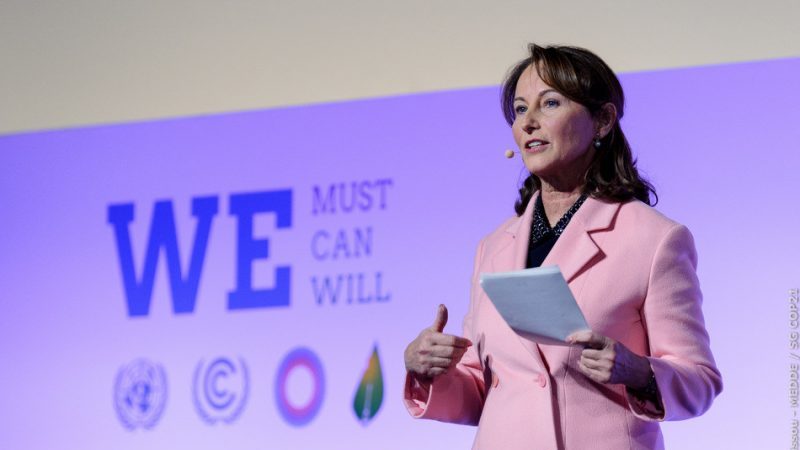 A $10bn clean energy programme launched at the Paris climate talks “by Africa, for Africa” is in turmoil after interventions by the EU and France.

In a resignation letter obtained by Climate Home, the top official of the Africa Renewable Energy Initiative (AREI), Youba Sokona, accused donors of a deliberate strategy to “railroad” Africans into rubber-stamping projects selected by Europeans.

Matters came to a head in Conakry, Guinea, on 4 March, where the board approved 19 projects worth €4.8 billion ($5.2bn). By Sokona’s account, the Europeans present “managed to effectively force through” the list, overriding “a string of reservations” expressed by some African members.

“There was evident contempt for, and abandonment of, the AREI principles,” he wrote.

When launched, the AREI was vaunted as a scheme to bring clean power to the continent, on African terms. But many of the projects chosen by European Commission representatives are neither new, renewable nor owned by Africans.

Sokona announced his resignation on the spot and leaves the post at the end of April, with no replacement lined up.

French environment minister Ségolène Royal and EU commissioner for international development Neven Mimica led the non-African delegation at the meeting. Mimica’s EU officials chose the projects, but according to Sokona’s letter, Royal asked him to present them to the AREI board. He refused, on the basis he had not seen the list until two days earlier.

High-level representatives from Egypt, the African Development Bank – which hosts the AREI staff – and the African Union expressed concerns at the board meeting about bypassing the AREI screening process. But the presidents of former French colonies Chad and Guinea, Idriss Déby and Alpha Condé, aligned with the Europeans in urging members to give the go-ahead, Climate Home understands.

Two officials from Royal’s private office acknowledged there had been disagreement, but denied Royal had exerted undue influence. President Condé convened the meeting, they said, and Royal was there to “facilitate”.

“Our minister was very keen to help him push forward quickly and efficiently. It was important for everybody to jump-start the initiative… and not have it bogged down by governance issues,” said Royal’s advisors.

This was an “exceptional process”, they added. “The decision was made by the Africans to select the projects as soon as this meeting because they considered that the projects were ready to be moved forward – despite the fact that the governance is not fully set up and finalised.”

A spokesperson confirmed that the European Commission had identified 14 of the projects, at the request of the AREI board. Five that had been first presented at UN climate talks in Marrakech were then added to the list. Minutes of the meeting have yet to be published, nearly two months later.

The incident is a fracture in the solidarity that allowed rich and poor countries to reach a climate agreement in Paris. Under the UN deal, many developing countries put forward their first ever pledges to curb greenhouse gas emissions. Those commitments hinge on financial support from the developed world. But where the money comes from and who controls where it goes remain fraught questions.

In this case, donors – which include Canada, the US and Japan as well as EU member states – pledged to “mobilise” $10 billion by 2020. This is to install 10GW of “new and additional” clean power capacity across the continent.

But while the African technical team expected this to mean…