Food Deserts: How Important is Your Neighborhood Grocery Store? 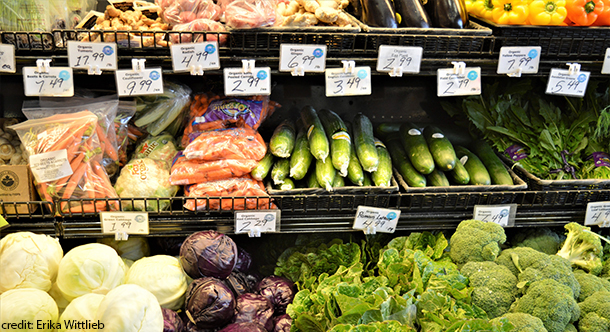 According to recent statistics, in the U.S. alone an estimated 23 million people live in what are known as food deserts. The term has gained popularity as a way to refer to areas where residents lack access to healthy food options, especially produce. People in these areas often live below the poverty line, don’t own cars, and don’t have a grocery store within walking distance. In such neighborhoods, small corner stores tend to stock low-nutrient, processed foods and carry few, if any, fruits and vegetables, which nutritionists tell us are critical to good health. In rural areas, there may not be a grocery store within an hour’s drive. An interactive map developed by the USDA shows how widespread this problem is.

In Nutrition Digest, the American Nutrition Association noted that “food deserts are often short on whole food providers, especially fresh fruits and vegetables, [and] instead…provide a wealth of processed, sugar, and fat laden foods that are known contributors to our nation’s obesity epidemic.” Low-income communities of color suffer especially high rates of obesity, diabetes, and other metabolic health issues. Such diseases are largely preventable with a healthy diet.

Concerns about the health impacts of food deserts have prompted numerous initiatives to bring grocery stores and produce stands to areas that lack them. As part of Michelle Obama’s Let’s Move campaign to address America’s obesity epidemic, the Healthy Food Financing Initiative (HFFI) was created to “expand the availability of nutritious food to food deserts… by developing and equipping grocery stores, small retailers, corner stores, and farmers markets with fresh and healthy food.” More than $500 million in federal financing has gone to opening supermarkets in areas without them, and the Agricultural Act of 2014 included $125 million per year for five years to further this work.

In the popular imagination, food deserts are primarily urban, but 98% of countries classified as food deserts fall outside metropolitan areas. As rural populations have dropped, grocery stores have found it more difficult to survive. When a small town loses its grocery store, residents often drive for more than an hour to buy food. Then they must find additional money for gas, leaving them with less for their groceries. People in this situation purchase less fresh food because they need to get by on items that don’t spoil before the next trip to the store. This can mean lots of high-sodium, chemical-laden canned and boxed food.

If You Bring Fresh Food to a Food Desert, Will People Will Buy It?

The “more access equals better diet” seems like a logical premise. However, some studies examining the effectiveness of such…