Garden Sage: Ocotillo not looking as lush as it once was 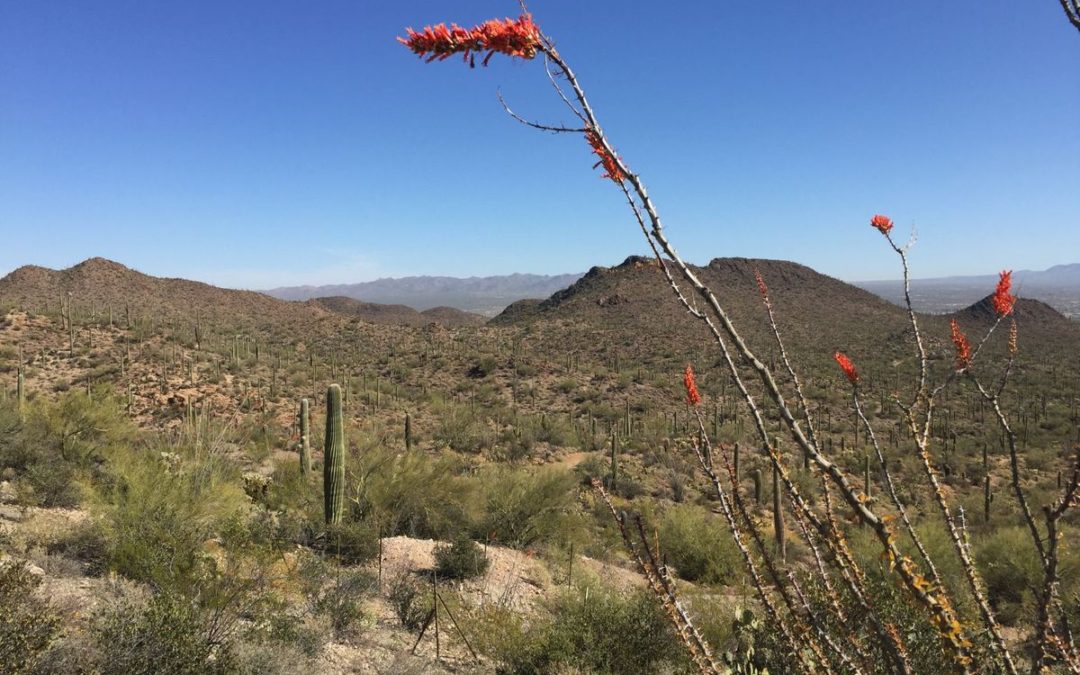 Question: I live in Marana and have been at this address for about 10 years. We have a mature ocotillo on our property that has been here since we moved in. For the first seven or eight years it seemed to leaf out in the spring and after the summer rains, much the same as he other ocotillos in our area. However, the last two years it has been rather slow to leaf out, and so far this year, there are only a few leaves on it, although the orange blooms did appear at the tops of the canes. I have tried to deep water it a few times, and even used a hose end sprayer to spray the canes all the way to the top, (they are about 20 feet tall in places) yet still there isn’t much leaf growth. All of the other ocotillos in our immediate area have seemed to be completely leafed out. My question is, is there anything that I can do? Or should I just give up on this plant and have it removed?

Answer: Ocotillos typically leaf out in response to rain in the spring as well as during the monsoon season if they receive enough. It’s hard to be sure why individual plants leaf out normally one year and then less the next unless there is some change in their surroundings. For example, the growth of nearby shrubs or trees could be shading the plant more in the last few years than previously and it could be sheltered from the storms. Timing of the rain or irrigation may have some effect. I wouldn’t give up on the plant if it were still flowering. For native desert shrubs in the landscape, irrigation once every two to three weeks to a depth of 24 to 36 inches in the spring through fall is all that is recommended.

Q: We had a mountain ash tree delivered in late March from and planted by Moon Valley Nurseries in Chandler. We had selected it (fully leafed and green, 24” container, about 13’ tall) in person 2 weeks prior to delivery but when it arrived one entire half of the tree had broken small branches and brown, wilted and crumbling leaves. Moon Valley said it was windburn and that it happens to all trees that are in transportation for the 1½ hour trip on the truck, covered by a tarp. We were quite shocked by the condition of what originally was a gorgeous tree, having paid $500…