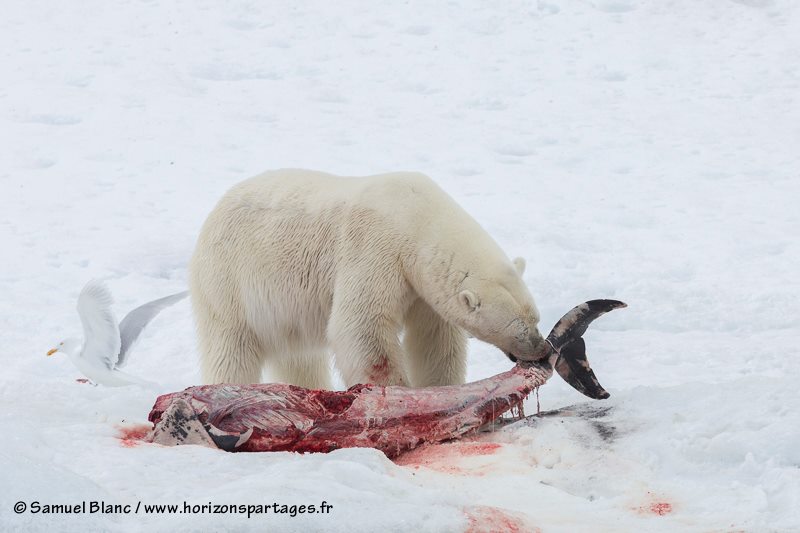 Most people have heard about the phenomenon of global climate change due to the increased media coverage of the issue in recent years. For a long time now, climate scientists have been warning us that our current levels of greenhouse gas emissions are profoundly unsustainable, and have the power to irrevocably alter Earth’s capacity to sustain life. The oceans absorb approximately one-third of the carbon dioxide we produce, which has led them to become 30 percent more acidic since the days of the Industrial Revolution. This has grave implications for the animals, plants, and other lifeforms who dwell within them. In addition, 8.6 million acres of the world’s ice caps melt every year, and as global temperatures continue to rise, this problem is set to escalate.

It can sometimes be difficult for us to wrap our minds around the scale of the problem, or understand what the real-world impact of scary climate change figures and statistics actually is. Wildlife photographers Samuel Blanc and Agnès Brenière, of Horizons Partagés, have made it abundantly clear what the melting of Earth’s polar ice caps mean for the creatures who depend on them in this tragic picture – which shows a polar bear consuming a dolphin.

Polar bears are not naturally inclined to eat dolphins, but territory shrinkage and food scarcity – combined with the fact that dolphins themselves have had to move farther north as a result of rising temperatures – has recently led them to start doing so for the…