Hundreds of thousands enjoy Battle of the Flowers Parade 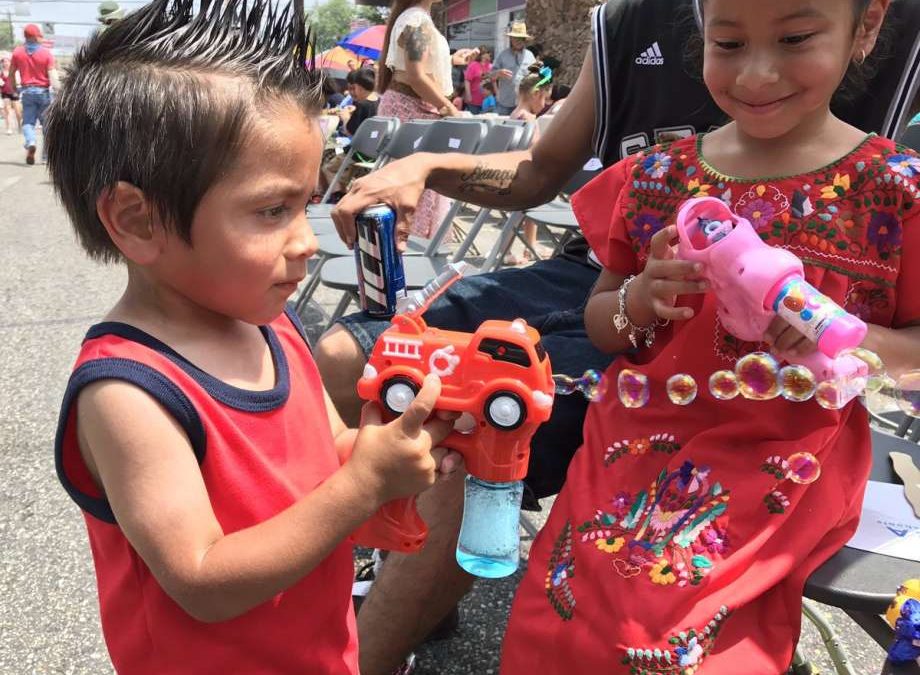 Here is a short look at the Battle of Flowers 2017: Billy Calzada /Express-News

They came with flower crowns and cowboy hats, Spurs gear and sunscreen. They brought their grills, smokers, coolers, chairs, spritzer bottles and cash to exchange for tacos, beer, funnel cakes and chicken-on-a-stick.

San Antonio celebrated the historic Battle of the Flowers parade on Friday in ways as diverse as the estimated 350,000 people who lined the downtown route.

Crowds were so thick at the beginning of the parade that the grand marshal almost missed the kick-off, parade publicist John Bloodsworth said.

Father David Garcia, the well-known Catholic priest and administrator of Mission Concepción, was aboard a bus caught in the throngs of traffic and people. Garcia was due to meet parade chair Susan Altgelt to cut a ribbon and start the festivities.

“We were like, ‘Oh my gosh, where’s Father David?’” Bloodsworth said. “The traffic was so unbelievable that they couldn’t find him.”

Eventually, the bus driver found a path through the masses in a way that looked like Moses and “the parting of the Red Sea,” Bloodsworth said. It headed straight up the parade route on Broadway, dropping off Father Garcia just in time to cut the ribbon about 12:20 p.m., he said.

With the parade under way, the heat and humidity grew intense. The Metropolitan Health District had issued a warning that the heat index could reach between 90 and 108 degrees Fahrenheit on Friday and Saturday.

Indeed, the heat index read 92 degrees by 3 p.m., according to the National Weather Service, and climbed after that.