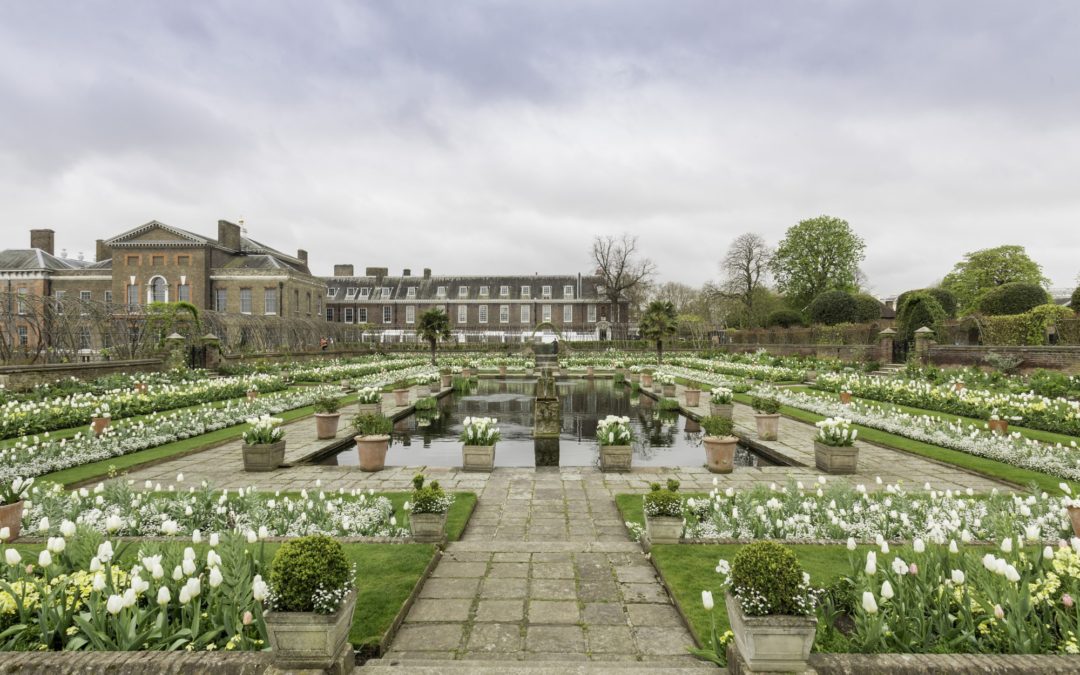 On Thursday, a temporary garden opened at the late royal’s former London home. Named the “White Garden,” the floral display is set in Kensington Palace’s sunken garden, which is just next to the palace’s visitor entrance. The White Garden will be in place from Easter weekend to September of this year.

Kensington Palace’s head gardener, Sean Harkin, conceived and designed the White Garden, which features white tulips, daffodils and scented hyacinths — 12,000 bulbs were planted last fall to create the display. Harkin’s inspiration came from a desire to do something at Kensington Palace to honor Diana in the 20th anniversary year of her death.