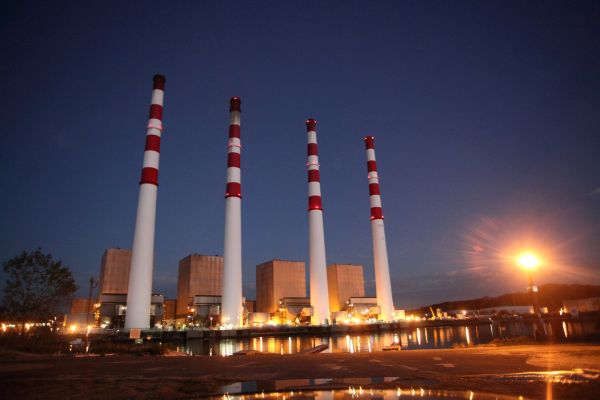 LIPA’s long-awaited review of current and future power needs cites a $5 billion price tag in recommending against an overhaul of two aging power plants and canceling a decision to build a large plant.

In a draft summary of a three-year study by PSEG Long Island, LIPA cited a sharp reversal of its previous expectations that demand for electricity would grow exponentially over the next two decades. Newsday has reported that LIPA and PSEG now expect demand to decline for the next several years, then increase only marginally by 2035. The difference in the forecast represents about 1,700 fewer megawatts — the equivalent of five power plants. A megawatt powers between 800 and 1,000 homes.

LIPA “does not need to add generation to meet load growth through at least 2035,” the report says.

Accordingly, “there is no compelling reason for LIPA to proceed with Caithness II,” a proposed $2.9 billion, 706-megawatt plant in Yaphank, “or the [Island Park-based E.F.] Barrett or Port Jefferson repowering projects” to modernize the two older plants. Repowering antiquated plants involves substantially replacing them on site with new, modern equipment.

Citing a separate assessment by consulting firm the Brattle Group, the study states that “none of the projects are needed for reliability or economic purposes.” The plan doesn’t rule out re-examining repowering plants in the future. A separate study to review repowering the Northport plant will begin next year.

Communities around the two power plants have been hopeful that LIPA would upgrade them to justify continued tax payments from the utility. LIPA is challenging the payments in court, saying the plants are overassessed and it wants to sharply lower the payments.

LIPA and PSEG found no need for additional generation, but they cited state mandates by Gov. Andrew M. Cuomo in doubling down on plans for new green energy over the next 20 years — about 800 megawatts of primarily offshore wind.

Neither the LIPA summary of the full (and unreleased) PSEG study nor LIPA officials who briefed Newsday last week gave any indication of the ratepayer cost of those new green energy power sources. A senior LIPA official said any such calculation “becomes too speculative” given declining turbine costs and the state’s plan to procure renewables for utilities.

Newsday this month reported that the 90-megawatt wind farm agreement LIPA recently signed with Deepwater Wind off the coast of Rhode Island will cost ratepayers $1.62 billion over its 20-year contract life.

The study notes that adding more wind power and other green resources “significantly” reduces the amount that the old power plants will be used, making repowering them even less feasible.