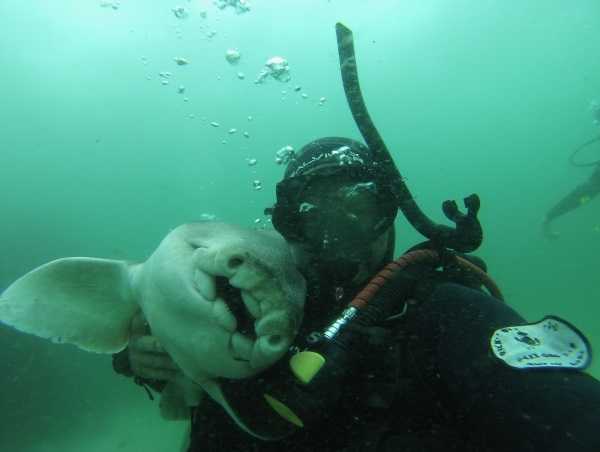 Professional diver Rick Anderson and a female Port Jackson shark have forged an unlikely friendship that’s stood the test of time for 7 years and counting.

“I have been diving for about 27 years,” states Anderson (above), an Australia-based professional diver who runs a dive school, “and over that period of time I have interacted with many shark species big and small.” His curious connection to one particular toothy denizen of the sea, however, is surely a fish story to surpass all others.

relates Anderson. Now it should be stated that Port Jackson sharks (Heterodontus portusjacksoni) are bottom-dwellers who mainly prey on hard-shelled mollusks, crustaceans, sea urchins, and fish. Their teeth have evolved in response to their diet and while they’re not considered dangerous to humans, hey… a shark’s a shark, amiright?

LGBT Community Shocked After Ellen Confirms She is Moving On

continues Anderson. “She seemed to enjoy the interaction, so over…