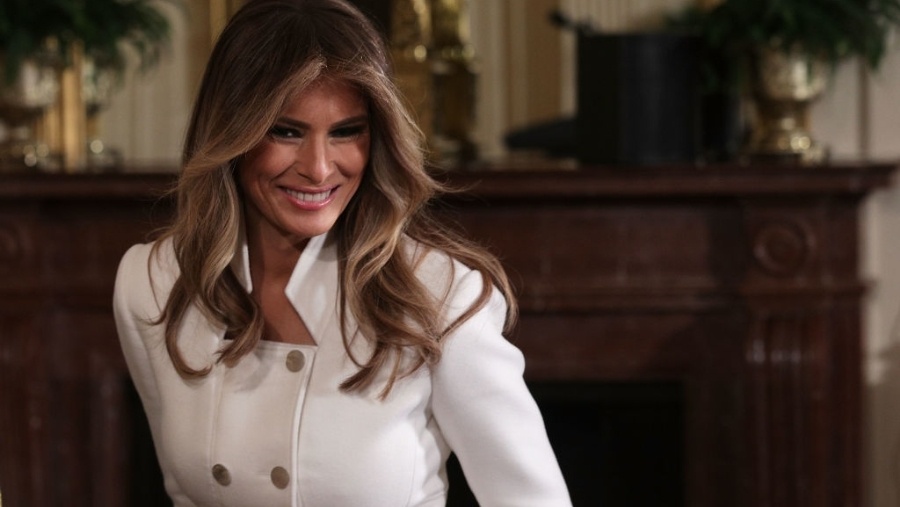 The new garden, which was inspired by a child whose last wish was to go outside, is named for Rachel Lambert ‘Bunny’ Mellon

First lady Melania Trump visited Children’s National Health System in Washington on Friday, her second visit there in as many months, to help the hospital mark the official opening of a healing garden dedicated to the first ladies of the United States.

“I was lucky to met so many very brave and amazing children,” the first lady said in brief remarks to more than 100 guests, including patients, donors and friends of the hospital. “We had so much fun touring this space and planting many seeds. I look forward to coming back when everything that we planted is in full bloom.”

The new garden, which was inspired by a child whose last wish was to go outside, is named for Rachel Lambert “Bunny” Mellon, a longtime friend and mentor to first lady Jacqueline Kennedy who redesigned the White House Rose Garden. Former first ladies Michelle Obama, Laura Bush, Hillary Clinton, Barbara Bush, Nancy Reagan (before she passed away) and Rosalynn Carter serve as honorary chairs.

“It took so many kind and caring people focused on these very brave and amazing children, and the end result is something everyone should be proud of,” Trump said. “This garden will be a quiet space for children to benefit from nature’s most important elements: fresh air and beautiful views…