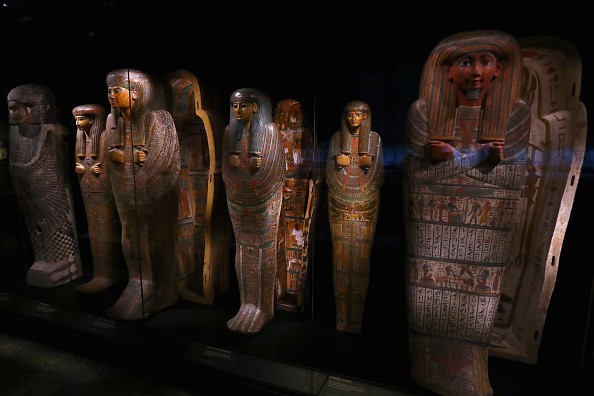 More of Egypt’s colorful ancient tombs revealed in a dig that unearths a haul of eight mummies, 10 sacrophagi and over a thousand funeral figures.
(Photo : Photo by Dean Mouhtaropoulos/Getty Images)

According to a report from Al Jazeera, the collection was unearthed from a 3,500-year-old tomb in the Draa Abul Nagaa necropolis that’s located near the city of Luxor in southern Egypt.

The antiquities ministry of Egypt revealed that the 18th Dynasty main tomb belonged to nobleman Userhat, a city judge. During the 21st Dynasty (around 3,000 years ago), the Egyptian tomb was opened once more to stuff more mummies inside with the goal of protecting them during a time when robbers often stripped tombs from its treasures.