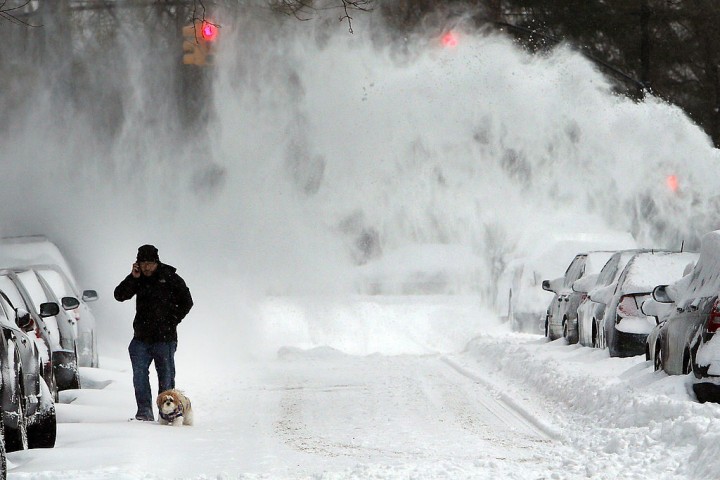 Because it requires a certain condition, snownadoes are rare. Only six of those have ever been captured on camera.
(Photo : Spencer Platt/Getty Images)

A snowboarding daredevil, Justin Buss, attempted to make his way through a rare “snownado” at the Lake Louise Ski Resort in Alberta.

The moment was captured by Brett Soderholm, his meteorologist companion, and the video was uploaded on YouTube. The clip went viral as soon as it was posted, with some lauding Buss for the stunt. The clip showed Buss walking into the fierce wind formation then disappearing as soon he got close.

CTV news spoke with Soderholm who shared that he also followed his friend right after disappearing in the rare snownado. Soderholm said he did not want to miss the rare opportunity. Soderholm described the experience as “painful.”