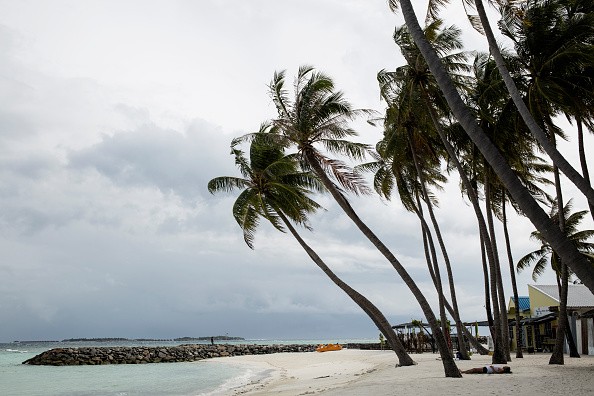 The Maldives, located in the Indian Ocean, is the world’s lowest-lying country, with no part lying more than 2m above sea level and more than 80 percent of its scattered islands less than one meter above sea level. The island nation’s future is under threat from anticipated Global sea level rise, caused by global warming, with many of its islands already suffering from coastal erosion.
(Photo : Aishath Adam/Getty Images)

In the age of climate change, Maldives finds itself at the mercy of the environment. The tropical paradise has become one of the most vulnerable places in the world in the wake of perpetually rising waters and coral bleaching that could transform the idyllic island nation into uninhabitable land.

While the former administration famously announced their plans to buy a new homeland to relocate the people of Maldives, the new regime led by president Abdulla Yameen is turning to a different arena to save the country from the perils of climate change: tourism.

According to a report from The Guardian, the nation will be focusing on mass tourism and mega-developments. There are plans to geo-engineer artificial islands, relocate populations…