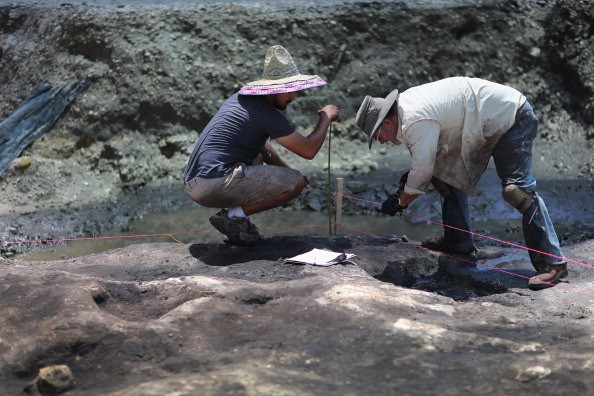 Archaeologists have unearthed an ancient settlement that can rewrite much of North American history.
(Photo : Photo by Joe Raedle/Getty Images)

For generations, people of the Heiltsuk Nation tell stories of an ancient settlement that survived the Ice Age. This group of people predates many ancient civilizations and could tell of a different history than more popular theories on North Americans.

Archaeologists from the University of Victoria, Hakai Institute and the Heiltsuk Nation unearthed what seems to be this legendary settlement during an excavation on Trinquet Island along British Columbia’s central coast, according to a report from CBC News. Discovered in the traditional territory of the Heiltsuk, the village is dated to exist roughly 14,000 years ago, during the last Ice Age where glaciers blanketed most of the continent.

“Heiltsuk oral history talks of a strip of land in that area where the excavation took place,” William Housty, a member of Heiltsuk Nation, explained. “It was a place that never froze during the ice age and it was a place where our ancestors flocked to for…