She started composting. Who knew red wigglers and worm poop were so interesting? 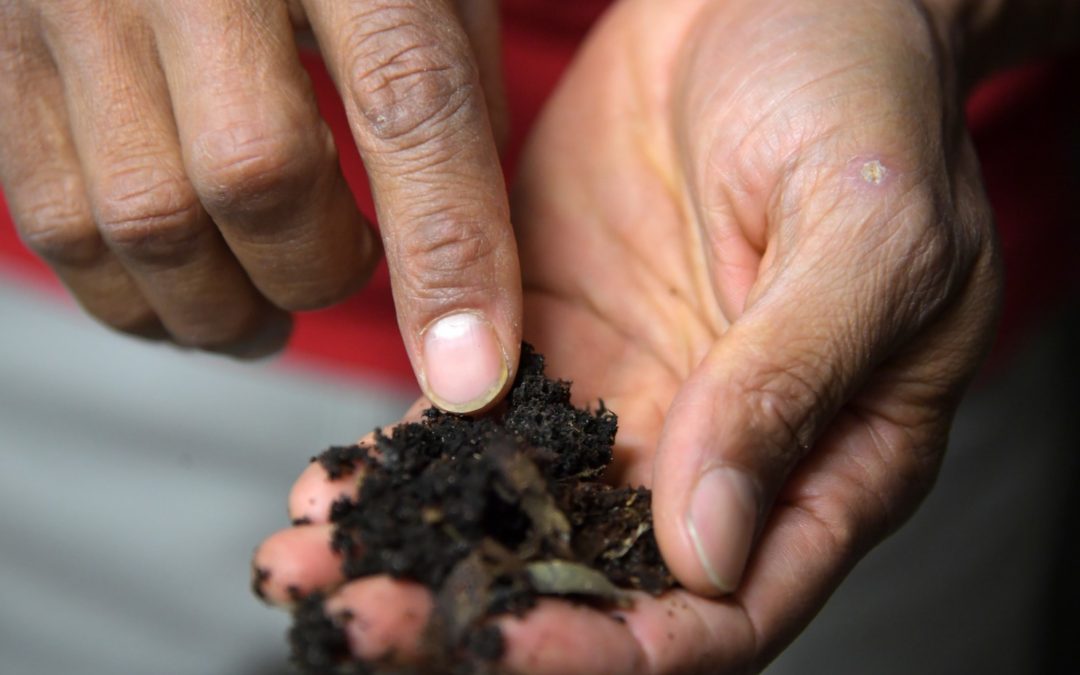 I have 1,000 worms living in a bin in my basement, eating the fruit and vegetable scraps from the kitchen, along with eggshells, coffee grounds and tea bags. It smells lovely down there, and Charles Darwin would approve. He wrote his last book about worms and their ability to add nutrients to the soil. It was an immediate success.

But today, despite the popularity of backyard composting and composting pickup services, using worms at home to eat your garbage is a fringe endeavor. As my neighbor and master gardener Susan Wexler said, “Your average person isn’t going to order worms.”

Yet, earthworms can eat twice their weight per week and leave behind nutrient-rich, organic compost. Their digestive system actually enriches the waste, grinding it up and adding calcite granules and friendly bacteria. In the dirt, earthworms eat soil and organic matter and turn it into richer soil. In a home composter like mine, they can do the same with kitchen scraps, taking a mix of vegetable and fruit trimmings, along with paper and other filler, and turning it into black, sweet, earthy-smelling . . . well, worm poop.

The technical word for worm poop is castings, and the composting method is called vermiculture, or vermicomposting. Of the more than 9,000 species of earthworms, only seven have been identified as suitable for vermicomposting. Red wigglers, or Eisenia fetida, are by far the most popular choice in North America, worm experts say. They live on top of the soil in decaying organic matter — perfect for composting.

Adding castings to soil increases plant growth, according to both anecdotal evidence and scientific studies. For instance, strawberry plants with vermicompost worked into the soil had more than a third more flowers, plant runners and marketable fruit weights than plants to which only chemical fertilizer had been applied, according to a 2004 paper published online in Bioresource Technology.

I resisted creating an outdoor compost pile, both because of the smell and because we have occasional rat visitors in the yard. I know there are a wide range of enclosed outdoor composting systems. But indoor worms seemed a tidy solution. Last year, I bought a worm composter online — a set of stacking plastic trays, 14 inches square and 4½ inches deep. (I later learned it’s very easy to make a basic worm composter with a plastic bin.) I also ordered 1,000 worms from Uncle Jim’s Worm Farm, for $19.95 plus shipping. They came in a box that said “open immediately,” and inside was a pretty green cotton bag filled with my worms packed in dry peat moss.

They looked a bit dried up. But the enclosed “worm advisory” assured me they were just dehydrated for safe travel and would revive quickly.

I laid the ball of worms gently into the first plastic tray on a bedding of starter stuff (composed of coconut fiber, shredded paper and pumice) and some food scraps. I poured a half-cup of water over the worms, placed the loosefitting cover on the tray and kept a light on for the first couple of days to make sure they didn’t try to escape. But, sure enough, they seemed to disappear into the food mixture.

According to the instructions that came with the composting trays, all you need to do is to keep adding more scraps and such until the tray is full of worm castings. This can take a couple months or more. Then you put another tray on top (the tray bottom is an open grid), and add food scraps. The worms, sensing new opportunity, will migrate up to the new tray. That’s the idea.

The good news: Worm composting really does not smell.

The bad news: They are high-maintenance, at least in the beginning. They are, after all, living beings and require some care. They can’t get too hot or too cold. And it’s tricky to get the right balance of food, paper and moisture.

It may be doubted whether there are many other animals which have played so important a part in the history of the world, as have these lowly organized creatures.

— Charles Darwin, in “The Formation of Vegetable Mould Through the Action of Worms, With Observations on Their Habits,” 1881