Spinach: How to Plant, Grow, and Harvest Spinach Greens 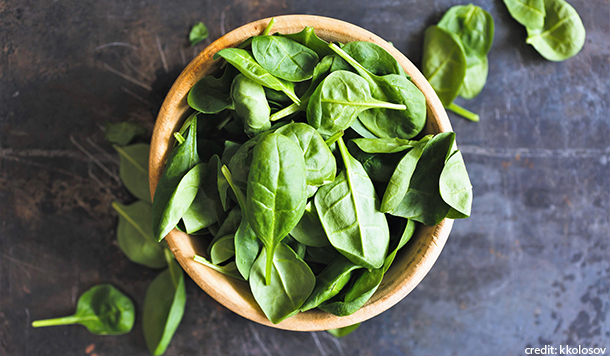 Eager gardeners everywhere love to see the words, “plant as soon as the soil can be worked” on seed packages. With one of the earliest planting times and a short time to harvest, spinach is an early garden treat to enjoy in salads, soups, and pasta dishes. Besides being a welcome hit of green, its impressive nutritional profile makes it a crop to grow in abundance.

But while spinach is often seen as a spring vegetable, it’s also tasty when a good fall frost concentrates the sugars in its leaves. I have vivid memories of unusually late harvests at our CSA, when the spinach was so sweet I just gobbled it plain as I picked it. Try planting a late-season crop as well, and you may start seeing spinach as a fall favorite to add to soups and late-season salads. Fall spinach is also perfect for stocking the freezer or dehydrating for winter use.

Whenever you plan to plant spinach in your garden, consider these tips for enhancing your spinach crop throughout the season.

Choosing Which Varieties of Spinach to Grow

Spinach comes in three main types: savoy, semi-savoy, and smooth leaf. Savoy spinach has crinkly leaves and grows closer to the ground than other types, so it’s more likely to get splashed by mud and is more difficult to clean than smooth-leaf types. But it’s also more cold-tolerant and disease-resistant, and I prefer the almost chewy texture of the thicker leaves. Semi-savoy types are a nice compromise, with more upright plants and less crinkly leaves than savoy as well as good disease and bolt resistance in most varieties.

When choosing a spinach variety, pick according to your priorities, whether that’s ease of cleaning, disease resistance, or timing of harvests. A number of varieties will have “winter” in their name to indicate especially good cold tolerance. If you’re planting in spring or live in a warm climate, choose bolt-resistant varieties. While most cold-season spinach won’t be plagued by pests or disease, some regions have problems with downy mildew and several varieties have been bred for resistance.

Some varieties to try:

In warm weather, it’s wise to try alternatives to spinach. You might consider growing other plants that can work like spinach in the kitchen: Young leaves of amaranth and lambsquarters can be used in place of spinach, as can perpetual spinach chard (Beta vulgaris ssp cicla). New Zealand spinach (Tetragonia tetragonioides) works for fresh uses, but doesn’t hold up well to cooking. Malabar spinach (Basella rubra) is a perennial vine that thrives in heat.

Spinach prefers well-drained, rich soil with a neutral pH. Add compost or composted manure to your beds to give your spinach the nutrients it needs to…